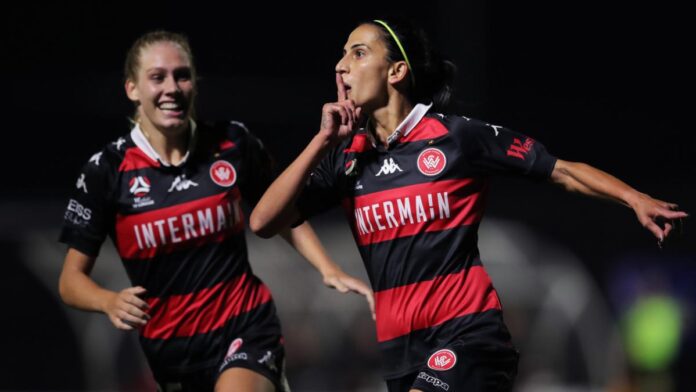 Khamis, who has 25 international appearances and played more than 120 A-League games for Sydney FC, Canberra United and Western Sydney Wanderers, is expected to be included in Glory’s squad for Sunday’s clash with Newcastle Jets.

Coach Alex Epakis said the pressure of three games in seven days had taken its toll.

”We are going to have to reshuffle,” Epakis said.

“We knew three games in seven days was going to have an effect on players. Injuries were going to be part and parcel.

“To play 20 per cent of the season in a seven-day block was always going to be difficult.

“We did our best to manage loads, hence the inability to put the same 11 across the three games.”

Captain Natasha Rigby said they had “hit reset” after losing 4-2 to Adelaide United, 4-0 to Sydney and failing to score against Canberra United.

“The hunger, the mindset, took a little bit of a toll playing three games in a week,” Rigby said.

“We acknowledge what went wrong and take the next game head-on with a strong and determined mindset.

“The Sydney game was super tough. It was pretty taxing on the body.

“There were a few tears. It was disappointing to lose like that because we are so much better.”

Khamis, 35, said she still had the drive to play.

“Alex got in contact with me and we had a really good chat and how I could help out,” she said.

“These ladies are a special group.

“They have a really good chance to push for finals and I hope to achieve it with them.”

Epakis said Khamis had made an instant impact.

“Leena brings priceless experience and a competitive attitude,” he said.

“It’s very unfortunate to be without some players who have done well for us so far this season, but I know Leena is relishing the opportunity to provide a big impact for us.”

Maiden voyage – a tribute to the vaccination nation