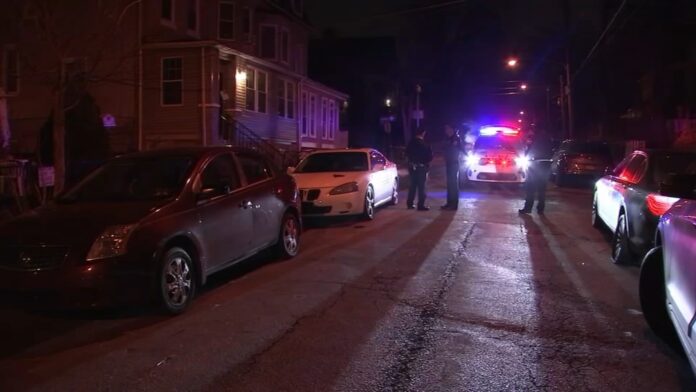 PHILADELPHIA (WPVI) — A driver in Philadelphia turned the tables on a would-be carjacker on Thursday night as the city continues to deal with a rise in carjacking incidents, according to police.

Gunfire erupted around 7:30 p.m. along the 6500 block of Cherokee Street in West Mount Airy.

Police said the shooting was the result of an attempted carjacking where a 60-year-old man fought back against a 16-year-old who pulled a gun.

There is no single issue that is more important to me, or the members of the PPD, than fighting violent crime. One of the more disturbing trends that we have seen is the startling increase in the number of carjackings. Here is what we’re doing about it: https://t.co/mKJZZL363U pic.twitter.com/yVHsFNLdkM

Police said the victim shot the teen in both legs and left him with a graze wound to the chest. He remains hospitalized in critical condition.

In another twist, police said they found the teen suspect in a Jeep that had been stolen in a separate carjacking robbery this past weekend.

The crime comes as Philadelphia police leadership sounds the alarm about this troubling trend.

“The carjacking issue in some ways across the country is exploding,” said Philadelphia Police Deputy Commissioner Benjamin Naish.

Police said what’s even more troubling is the number of these crimes are being carried out by teens.

“I don’t want anyone for any minute to begin to normalize this and say this is just what happens here in Philadelphia,” said Police Commissioner Danielle Outlaw.

On Thursday, a frustrated Outlaw laid out some of the department’s strategies to help calm fears.

Outlaw said the department will be using targeted patrols of both uniformed and plainclothes officers in what she called “carjacking hotspots.”

She said the department will also be working with the Pennsylvania Attorney General’s Office to help with investigations.

“We are truly using every resource available to combat this issue,” Outlaw said.

Already this year there have been 91 carjackings. Last year, there were more than 750.

“It seems like nowhere is safe in Philadelphia anymore,” said one resident who heard the gunshots on Cherokee Street.

He asked not to be identified but did want to voice his outrage.

“Go to school, go to college, and get a job and buy your own damn car, excuse my language. Enough is enough of this nonsense,” he said.

Earlier this week in Fairmount, another victim fought back against an attempted carjacker.

An arrest has been made, but the victim spoke to Action News and said he had no choice but to defend himself.

“I saw the gun and thought he would shoot me and take the car. I retaliated to see another day. I had to shoot the guy. I believe I shot his thumb off and shot him in the face,” said the victim.

Police also addressed victims taking matters into their own hands and generally encouraged victims not to fight back over the risk of losing their lives.

Texarkana muralist turns her expertise right into a full-time profession