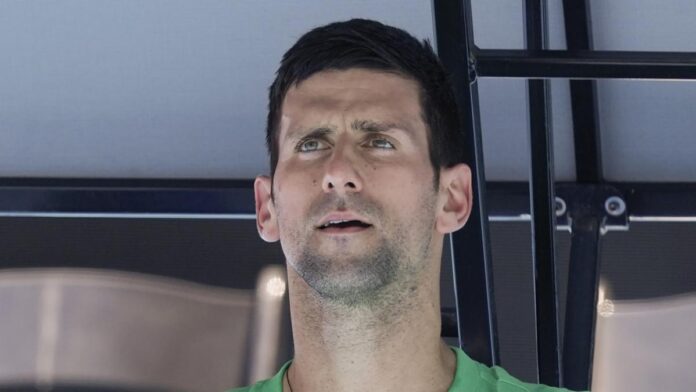 World number one Novak Djokovic remains a free man in Australia, despite the second cancellation of his visa on Friday.

The unvaccinated Serbian star is desperately fighting his deportation just days out from his scheduled Australian Open round one match on Monday.

Djokovic was given his marching orders on Friday afternoon by Immigration Minister Alex Hawke, who said it was in Australia’s “public interest” to cancel the tennis star’s visa.

But lawyers acting on Djokovic’s behalf quickly sought a hearing in the Federal Circuit Court on Friday night, appealing to Judge Anthony Kelly to seek an injunction to stop the immediate removal of the world number one from Australia.

Djokovic’s lawyers also requested the 34-year-old be able to stay in his current accommodation until the matter is finalised.

But Djokovic may still be detained early on Saturday morning at a meeting with his legal team.

The tennis superstar spent days in a hotel detention facility upon arrival in Australia last week, before he won an extended stay after a court hearing on Monday.

He was released from the detention a short time later, before heading straight to Rod Laver Arena to practice ahead of the opening grand slam.

Djokovic has admitted a wrong entry declaration had been made on his visa to arrive in Australia, and conceded he had been out in public in the immediate days following his second COVID diagnosis in December.

But his lawyers argued Djokovic had been deemed a “negligible risk to others” and was a man of “good standing”, who was being made an example of.

The lawyers were also critical of the timeline of the cancellation of Djokovic’s visa, given it came after 6pm on a Friday night (AEDST) and more than four days after the original court decision was made.

Does booster-shot timing make a difference? Which brand should I pick? Here’s what we know

Holidaying at Rotto, then and now