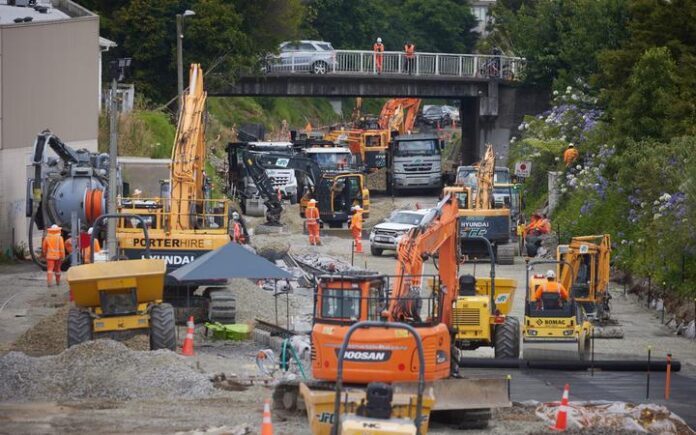 Most commuter trains will resume running in Auckland from Monday as KiwiRail wraps up an unprecedented work on the city’s rail network. 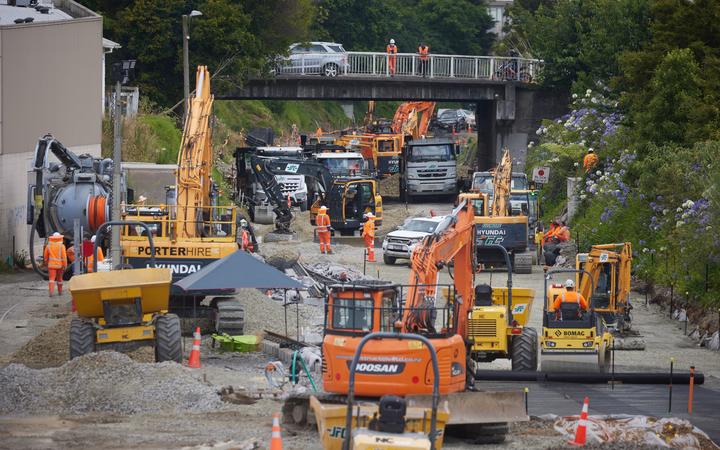 At the Pukekohe Station (with Stadium Dr bridge in the background), formation works in preparation to lay new rail track.
Photo: Supplied / KiwiRail

In a statement, KiwiRail said 11 out of 13 projects across the city are expected to be completed by Sunday, with the rail network scheduled to partially open to passengers on Monday 17 January.

KiwiRail Acting Chief Executive David Gordon said staff had made a massive effort to complete the projects during the shutdown.

“This has been the most ambitious temporary Christmas closure in the Auckland metro area that we’ve ever undertaken, with more than 155,000 hours of labour going into it so far.

“It is the single biggest mobilisation of resources for a temporary closure with 1100 people working day and night on the network to make it more resilient and reliable, and to advance some major infrastructure projects which are proceeding thanks to Government investment through the NZ Upgrade Programme.”

Although the projects were not yet fully completed, Gordon was impressed with the scale of what they had achieved so far.

“We haven’t finished yet but so far we’ve laid 17,000m3 of ballast (the small stones that form the track bed), almost 4km of new formation (the bedrock which the track sits on), more than 5km of new rail track, and the installation of 16 complex track structures including turnouts, crossovers and scissors (these allow trains to move from one track to another).”

Throughout the shutdown KiwiRail carried out work across 31 different sites in Auckland, with some milestones including reconnecting freight trains from Northland on the Western Line and putting in a new track from Kingsland to Grafton Station.

Gordon said progress had been made on extending electrification from Papakura to Pukekohe, construction on the third main line through the busiest part of the network along with other necessary track repairs across the metro area. 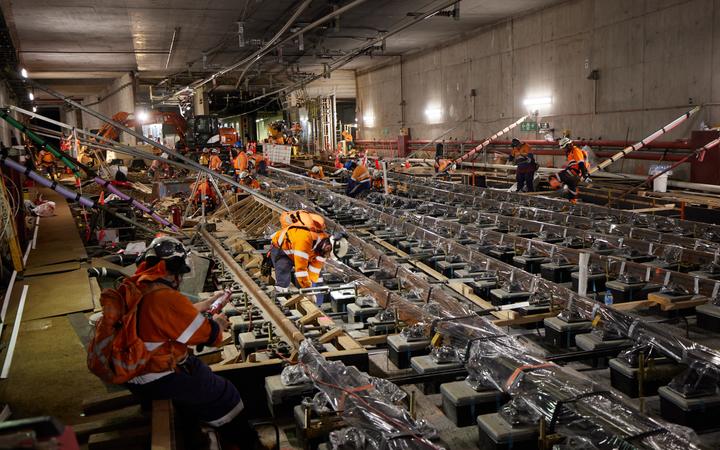 At the entrance to Britomart Station (looking towards the station), new track has been laid and preparation is underway to pour the concrete slab.
Photo: Supplied / KiwiRail

Meanwhile at Britomart Station, a 75 metre long concrete slab was poured and rail tracks were replaced at the entrance to the station.

Gordon thanked staff who sacrificed their time over the summer holiday period to get the job done.

“Our thanks also extend to the people of Auckland – to commuters and to rail corridor neighbours – for their patience while we undergo this necessary work,” he said.

The final two projects KiwiRail yet to be finished are the City Rail Link at Britomart and Mount Eden – both projects are due to be completed on 23 January.

While one temporary shutdown of the rail network approaches completion, KiwiRail is already preparing for the next one over Auckland Anniversary weekend 29 – 31 January. Works during this shutdown will focus on projects at Westfield, Pukekohe and general upgrades on the northern line.

Towering tapestries smuggled out of Afghanistan for exhibition