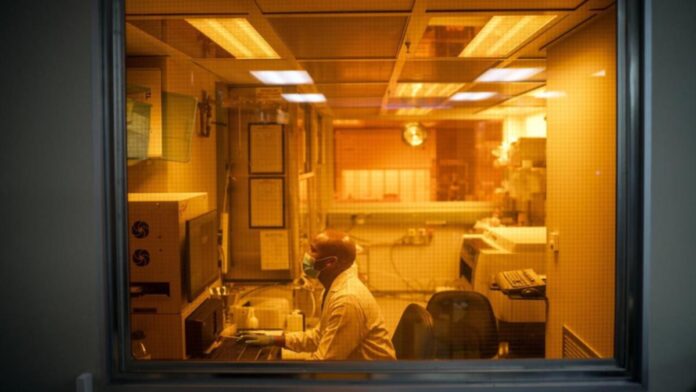 People with the Omicron coronavirus variant are at a reduced risk of hospitalisation and severe disease than those with the Delta variant, a South African study says.

Though the study’s authors say some of that is likely due to high population immunity.

Questions about Omicron’s virulence are at the heart of scientific and political debate in many countries, as governments grapple with how to respond to the spread of the variant while researchers race to understand it.

The study, which has not been peer-reviewed, found that people diagnosed with Omicron in South Africa between October 1 and November 30 were 80 per cent less likely to be admitted to hospital than those diagnosed with another variant in the same period.

Among patients admitted in that period, those with Omicron had a similar chance of developing severe disease as those with other variants.

However, the study found that people who were hospitalised with Omicron in October and November were 70 per cent less likely to develop severe disease than those admitted with Delta between April and November.

“Compellingly, together our data really suggest a positive story of a reduced severity of Omicron compared to other variants,” said Professor Cheryl Cohen of the National Institute for Communicable Diseases (NICD), one of the study’s authors.

She said this was further reinforced by surveillance data showing significantly lower hospitalisations and deaths in South Africa’s current Omicron-driven wave of infections than in previous waves, although case numbers were much higher.

Cohen said that the study’s findings could likely be generalised to other countries in sub-Saharan Africa that also have very high levels of previous infection.

“What is unclear is whether the picture will be similar in countries where there are high levels of vaccination but very low levels of previous infection,” she said during a media briefing by a group of NICD scientists.

The study was carried out by a group of scientists from the NICD and major institutions including University of the Witwatersrand and University of KwaZulu-Natal.

The authors included several caveats and cautioned against jumping to conclusions about Omicron’s intrinsic characteristics.

“It is difficult to disentangle the relative contribution of high levels of previous population immunity versus intrinsic lower virulence to the observed lower disease severity,” they wrote.

An estimated 60 to 70 per cent of people in South Africa have had a prior COVID-19 infection, Cohen said.

Paul Hunter, a professor of medicine at Britain’s University of East Anglia, described the South African study as important and said it was the first properly conducted study to appear in pre-print form on the issue of Omicron versus Delta severity.

But Hunter said comparing Omicron data from one period with Delta data from an earlier period meant it was hard to determine whether the lower hospitalisation rates were due to Omicron being less virulent or to population immunity having risen.

“To a certain extent this does not matter to the patient who only cares that they won’t get very sick. But it is important to know to enable improved understanding of the likely pressures on health services,” he said.

Results of a major study by Imperial College London released last week showed there was no sign that Omicron was milder than Delta, although data on hospitalisations remains very limited. It has not been peer reviewed and published in a medical journal.

Op-Ed: Fitting vaccine conspiracies into a philosophy of fiction

Analysis: Biden is (finally) stringing together some political wins. Can it...