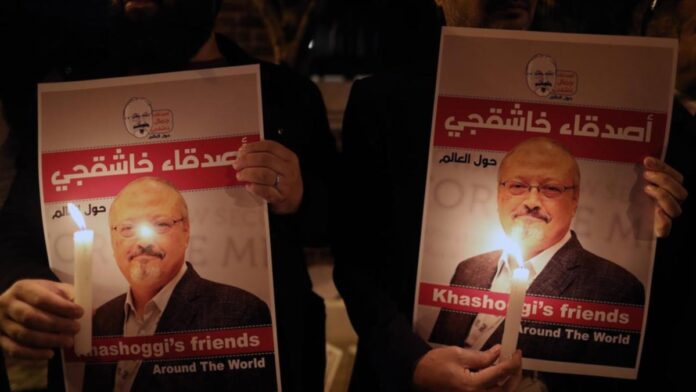 One of the suspected killers of Saudi journalist Jamal Khashoggi has been arrested at the Roissy airport near Paris as he was about to board a flight to Riyadh, French RTL radio reports.

RTL said the person arrested was a former Royal Guard of Saudi Arabia who is believed to have been involved in the killing of Kashoggi at the Saudi consulate in Istanbul in October 2018.

The broadcaster said Khaled Aedh Al-Otaibi is among 20 individuals sought by Interpol for their alleged involvement in the brutal killing of Khashoggi, which took place after the journalist entered the Saudi consulate in Istanbul in October 2018.

The whereabouts of his remains are unknown to this day.

On 31 October 2018, Istanbul’s chief prosecutor concluded that Khashoggi was asphyxiated and his body dismembered and disposed of.

The CIA has blamed the Saudi crown prince for the killing, saying the orders came from high up in the Saudi regime.

Bin Salman has denied any involvement in the case but Saudi authorities acknowledged that government agents had carried out the assassination.

The Saudi justice system has convicted five people of involvement in the murder, although there are few details about the case.

US goals to start out Bali bombings case