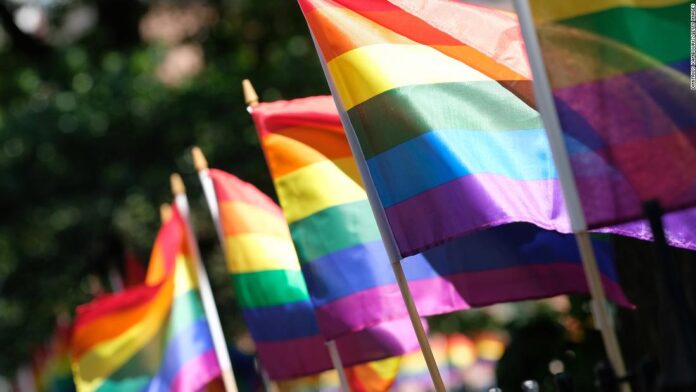 Robert Fehring, 74, of Bayport, New York, was charged with sending threats through the mail, according to a criminal complaint that was unsealed Monday.

Prosecutors allege Fehring has been sending letters threatening violence to organizations and businesses associated with the LGBTQ+ community since at least 2013, which included threatening to use firearms and explosives.

CNN has reached out to an attorney for Fehring for comment.

According to the complaint, a letter postmarked May 20 believed to be from Fehring threatened there would be radio-controlled “devices placed at numerous strategic places” at an event investigators determined to be the NYC Pride March.

“We’ve had enough!!!” the complaint says the letter stated. “This will make the 2016 Orlando Pulse nightclub shooting look like a cakewalk.”

The shooting at Pulse, a gay nightclub in Orlando, left 49 dead and is one of the deadliest mass shootings in US history.

The US Attorney’s Office release said that during a November 18 search of Fehring’s home, Investigators also discovered a rubber stamp that printed “Confidential,” the word seen on the envelope that was mailed, the document says.

According to the complaint, prosecutors say, Fehring waived his Miranda rights and gave an interview following a search of his home in which he said he “authored certain letters that law enforcement encountered in the investigation” and sometimes used the stamp “to ensure the letters were taken seriously and reached their intended recipient.”

Fehring also allegedly sent a letter on June 9 to the CEO of an LGBTQ+ affiliated non-profit organization in Sag Harbor, New York, telling the person, “Better be ready to meet your end” if they attended a Pride event, hosted by the organization, the complaint states.

The complaint detailed some of the other letters that were sent this year through USPS. In total, it says, at least 60 letters between June 2013 and September 2021 appear to have been sent by Fehring.

Fehring had an initial appearance in federal court Monday and was released on $100,000 bond to home detention with electronic monitoring.

He was ordered not to contact any victims or go to the locations he allegedly threatened.

23-year-old firefighter, EMT in Mass. in coma resulting from COVID-19