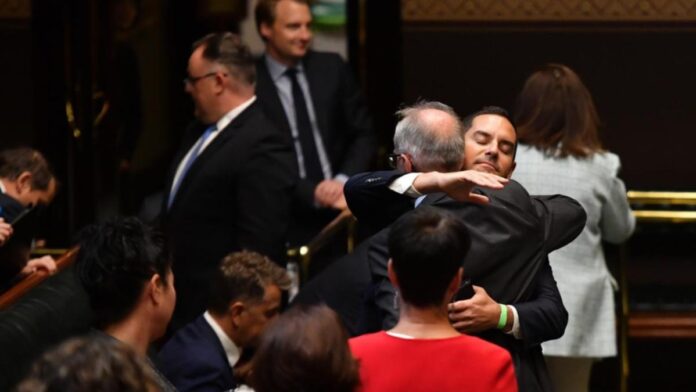 After passing its first hurdle, a bill that would legalise voluntary assisted dying in NSW will be scrutinised by a parliamentary inquiry.

The NSW Legislative Council will on Wednesday begin its examination of the proposed laws after four days of marathon debate saw them pass the lower house 52-32 last month.

The group will hear from prominent advocates for the reform first, with spokespeople from Dying with Dignity, Go Gentle Australia, and Christians Supporting Choice for Voluntary Assisted Dying to appear.

Unions representing health care workers will also get their say, as will law and human rights experts, and doctors who support the bill, including Dr Gavin Pattullo, whose terminally ill wife took her life after she was unable to access voluntary assisted dying.

The day will end with testimony from families who watch their loved ones suffer through terminal illness.

The inquiry begins after more than 80 lower house MPs made speeches that canvassed their own experiences of loved ones dying, tales from their constituents, polling and surveys in their electorates, and religious beliefs.

Both Premier Dominic Perrottet and Opposition Leader Chris Minns opposed the reform, but the deputy leaders of the Liberal and Labor parties, Stuart Ayres and Prue Car, were in favour.

Health Minister Brad Hazzard also supported the bill, despite saying he hadn’t favoured voluntary assisted dying for the first 29 years of this three decades in parliament.

The house then raced to consider 167 amendments before it passed the bill, largely unchanged, on the final sitting day of the year.

Sydney Sydney MP Alex Greenwich, who’s spearheaded the bill, called for the upper house to deal with bill respectfully and efficiently, after it was subjected to delaying tacts in the lower house.

“We have sent a clear and unambiguous message to the (Legislative Council) to now get on and deal with this reform early next year,” he said at the time.

The upper house inquiry will sit throughout December and will report back before the first sitting day of 2022.

The proposed legislation restricts euthanasia to terminally ill people who would die in no more than 12 months.

Two doctors would have to assess applicants, and the bill makes a criminal offence of attempting to induce a person to apply for voluntary assisted dying.

If the historic reform secures majority support in the upper house next year, it will make NSW the final state in Australia to embrace voluntary assisted dying.

DeChambeau falls one shy in pursuit of 59