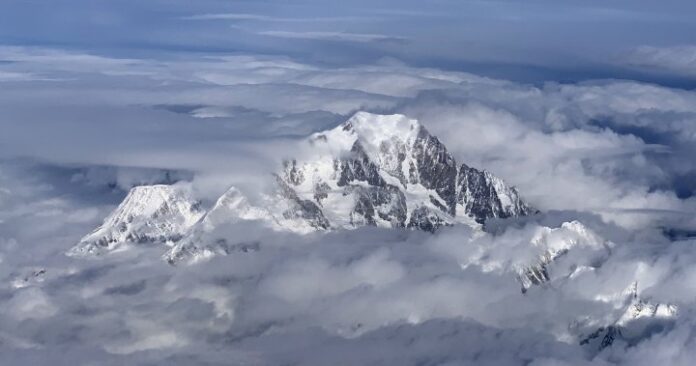 A mountain climber who discovered a trove of precious gems has finally been awarded his share of the jewels.

The treasure was first found eight years ago, in 2013, when he was hiking des Bossons glacier on Mont Blanc in the French Alps and spotted something shiny peeking out from the ice and snow. He pried a metal box out, and found a bag inside containing about 100 precious stones, which had been buried for 55 years.

The stones, which included rubies, emeralds and sapphires, have been valued at approximately US$340,000.

The honest climber turned the stones over to police, as legally required, and according to the BBC, the mayor of Chamonix took the jewels for safekeeping, hiding them in a vault in the basement of the town hall.

“He saw very well that what he had in his hands was something very valuable, realizing straight away that it was precious stones that had been very carefully wrapped,” a local police official told USA Today at the time of discovery. “Maybe he didn’t want to keep something that had belonged to someone who died.”

The bag, marked “Made in India,” was likely an artifact from the Jan. 24, 1966 Air India plane crash that killed all 117 passengers on board, investigators told the Agence France-Presse.

Since the box’s discovery, two families tried to claim their names were etched into the side of the box, but efforts to trace the original owner have been unsuccessful. The BBC also attempted to conduct their own investigation into the jewels, but were met with much confusion and secrecy from French officials.

The treasure will now be split between the climber and the owner of the land, which in this case is the local authorities.

Meet Ameca, the remarkable (and not at all creepy) human-like robot

The Boeing 707, named Kangchenjunga, was flying from what was then Mumbai to New York, and crashed on the French mountain after a verbal flight control miscommunication. On board was the pioneer of India’s nuclear program, Homi Jehangir Bhabha.

Officials told AFP that a passenger on that flight was likely taking the jewels to New York to sell.

In September 2012, a bag of diplomatic mail from the flight was found on the mountainside by hikers and taken into possession by India. And last year, melting ice revealed copies of Indian newspapers with headlines from when Indira Gandhi became India’s prime minister, reports The Guardian.

Over the years, climbers have routinely found debris, baggage and human remains from the 1966 aircraft, as well as items from another Air India flight that crashed in almost the exact same spot in 1950.

Biden government order to crack down on company monopolies in U.S.

Hope fades in seek for lacking Indonesia submarine with 53 crew...