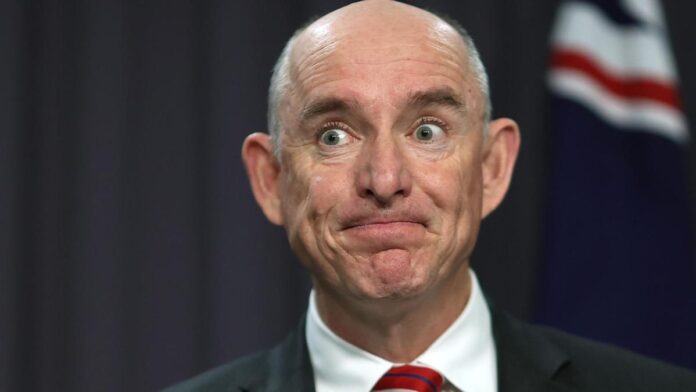 Migrants already in Australia will be fast-tracked into jobs suffering skills shortages in a bid to meet urgent workforce needs.

Employment Minister Stuart Robert will announce the plan to “widen the pool of skilled workers” in a speech to the Business Council of Australia on Tuesday.

He will also announce the Morrison government will continue a program for short courses at university and TAFE so people can upskill in areas of need.

“The Morrison government is embracing the rise of micro credentials, which we see as playing a big role in flexible upskilling of our workforce,” Mr Robert will say.

He will say things are positive a year on from the big economic shock of the Covid pandemic but uneven growth needs to be tackled.

“We have a clear divide between the supply and demand in regional versus metro parts of the country, and we have a mismatch between skills and qualifications required for advertised jobs in certain areas,” he will say.

Mr Robert will tell BCA that the government wanted Australians to have “first crack” at getting the opportunity for a job, but would also focus on targeted migration to fill skills and labour gaps.

“The fall in temporary migrants has tightened labour supply in some industries and occupations where they are heavily relied upon – falling by over 600,000 across all visa types,” he will say.

“The Treasury estimates that Australia’s population will be 1.1 million smaller by 2030-31 than it would have been had it not been for the pandemic.”

Mr Robert will announce that the government will invest in a new initiative for migrants already in Australia.

“It will also provide free employability assessments and support for migrants working below their qualification.”

Russia says dialogue with US will continue

County Championship back to two divisions