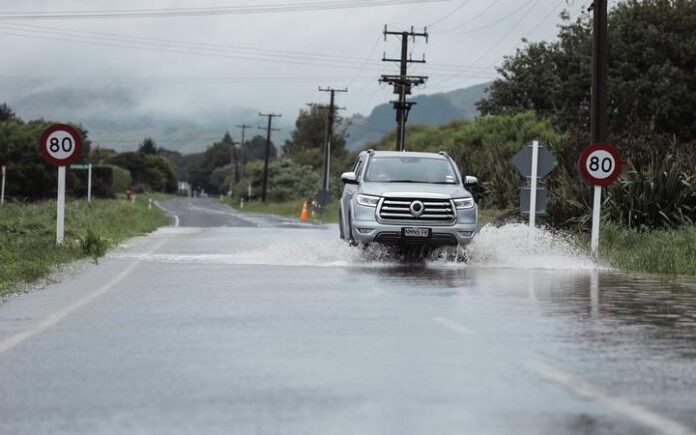 A small beachside community on the Kāpiti Coast is cut off due to overnight flooding. 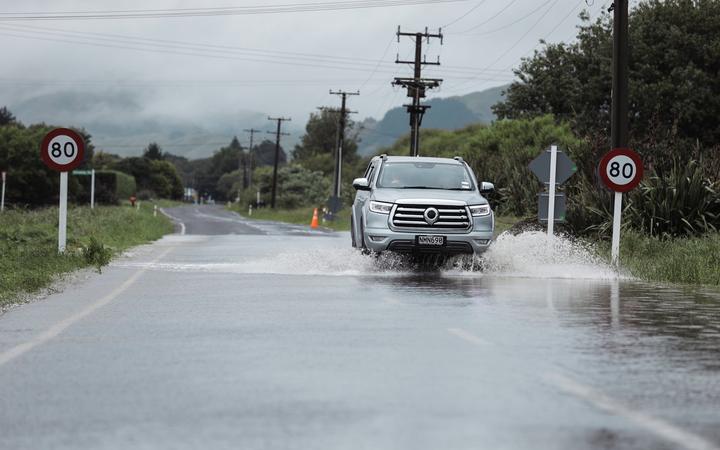 On Tuesday morning, the road to Te Horo Beach was still underwater, leaving no way in and out of the area and cutting off about 350 properties.

Kāpiti Coast District Council emergency management controller Paul Busing told Midday Report not all the properties around Te Horo had people, as some were holiday homes.

“The issue we’ve had with this consistent rain over the last 24-36 hours has just meant the river levels have got a bit full, and today we’ve got rain falling in Tararua [Ranges], which is actually just adding to that catchment and has resulted in the river coming out the bank and across the road.”

There had been surface flooding across the district affecting houses in Otaihanga, Paraparaumu and Paekakariki, he said.

It had also caused the Otaihanga Resource Recovery Centre, the local rubbish dump, to shut until further notice.

“It has resulted in a few properties being affected, all of them have been able to go and stay with family and friends… In total, we’re looking at about eight properties at the moment that are suffering [from the flood in those areas], four of those actually have [flood] water inside the house.”

This evening, police said there was severe flooding on State Highway 1 at Kuku, between Ōhau and Ōtaki.

Police said the road was still open at this stage but motorists were being asked to avoid the area.

There were reports that the water was still rising, police said. 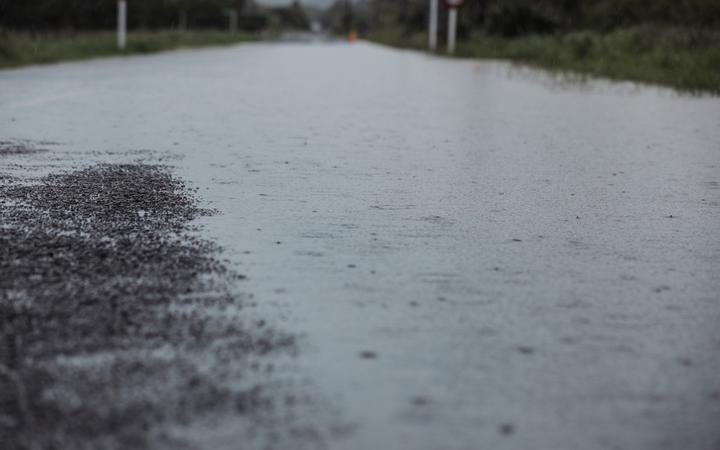 Busing said they were expecting more rain, but not the deluge like yesterday.

The council is advising people on the coast to stay home if they can.

This afternoon, Kāpiti Coast mayor K Gurunathan said he believed the worst of the heavy rain was over and the rivers were receding.

He said there had been some damage to houses in Waikanae and Paekakariki.

Te Horo Beach resident Liz Koh was wading through the water in her jandals to get to a meeting.

“I was a bit worried about how deep it was going to be and I’m just wearing jandals ’cause my gumboots have got a hole in them. I thought the last thing I want to do is fall in in the middle of the big pond that’s there, that would be rather embarrassing.

“I’ve just heard constant rain, and looking around it’s more of a lake environment than a farm environment at the moment.”

She said locals were “curious” and it was “a bit of excitement for the area”.

“We are used to flooding but obviously not quite this bad.

Another resident Bruce Jenkins said it was “frustrating” that they were not able to get out.

He has kept a rain gauge for over two decades and yesterday, it hit a new high.

“Yesterday 84ml and today, it’s already up over 30, I’ve been keeping a rain gauge for over 20 years and 84 ml yesterday is the most i’ve ever recorded.”

“We know the areas where the stream floods … but the residents are quite seasoned in terms of managing their isolation.”

The Mangaone Stream was prone to overflowing which could be problematic if it happened at high tide, Koh said.

Crews were checking on roads and drains on Tuesday morning.

Residents with septic tanks are advised to check on the level of water in their toilets. If it is getting full, the council advises residents to consider contacting a contractor to make some room in the tank.

Meanwhile, Hutt City Council is asking people to avoid the Waiwhetū Stream south of Hinemoa Street after it carried out an emergency discharge of sewage into the stream.

It closed Block Road and the Riverbank carpark after the area was badly flooded.

Officials made the decision with rain expected to continue into the night.

It will be reopened in the morning, providing conditions have eased.

And in Wellington, Takarau Gorge is still experiencing flooding, and crews are removing a fallen tree on Makara Road, just before the turn off to Beach Road.