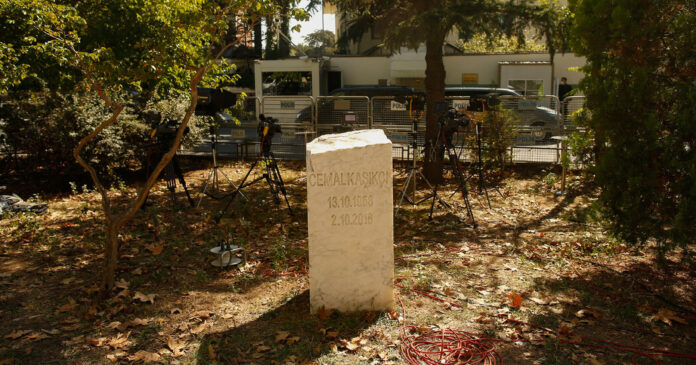 BEIRUT, Lebanon — The French police arrested a Saudi man on Tuesday in connection with the assassination of the dissident writer Jamal Khashoggi, but French authorities warned that they were still verifying his identity.

A French judicial official confirmed that the man, identified as Khalid Alotaibi, 33, was arrested at the Roissy-Charles de Gaulle airport north of Paris on the basis of an international arrest warrant issued by Turkey, just before he was to board a flight for Riyadh, Saudi Arabia.

A man by that name is accused of being a member of the team that killed Mr. Khashoggi inside the Saudi Consulate in Istanbul in 2018.

The arrest could reignite the international intrigue caused by the killing at a time when Saudi Arabia and its de facto ruler, Crown Prince Mohammed bin Salman, are seeking to leave it behind and rebuild their international reputation.

A Saudi official, however, said the arrest was a case of mistaken identity.

“Media reports suggesting that a person who was implicated in the crime against Saudi citizen Jamal Khashoggi has been arrested in France are false,” the official said, speaking on condition of anonymity per Saudi rules. “Those convicted of the crime are currently serving their sentences in Saudi Arabia.”

If the man arrested turns out to be the suspect, France could extradite him to Turkey to face charges there.

A Turkish trial of the suspects has been proceeding slowly, primarily because Saudi Arabia has refused to hand over any of the accused. If Mr. Alotaibi ends up in the dock in Turkey, he would be the first suspect to be tried in person outside of Saudi Arabia.

A Saudi court sentenced five men to death and three to prison terms for the murder, but the death sentences were replaced by prison terms after one of Mr. Khashoggi’s sons said he and his siblings had pardoned the killers. But access to the trial was limited, the names of those convicted were never made public and human rights groups dismissed the process as a sham.

It is not known whether Mr. Alotaibi was one of those convicted.

Mr. Khashoggi, a prominent Saudi writer and journalist, was killed in October 2018 after entering the Saudi Consulate in Istanbul to obtain paperwork he needed to marry his Turkish fiancée.

Once inside, he was confronted by a team of Saudi agents who tried to convince him to return to Saudi Arabia, according to a report by a United Nations expert on the killing.

When he refused, they injected him with a sedative and suffocated him with a plastic bag. After he died, they used what Turkish security officials said was a bone saw to dismember his body and disposed of it.

His remains have never been found.

The Central Intelligence Agency assessed after the killing that it had likely been ordered by Prince Mohammed. In February, President Biden allowed the release of an intelligence report that concluded that Prince Mohammed had approved the plan to capture or kill Mr. Khashoggi.

The Saudis have called the killing a rogue operation and Prince Mohammed has denied that he ordered it or knew about it in advance.

‘Now There Is No One’: The Lament of One of the Last Christians in a Syrian City

How may Netanyahu escape jail even when not acquitted? – evaluation

Israel asks to defund Palestinians one day, fund after – analysis