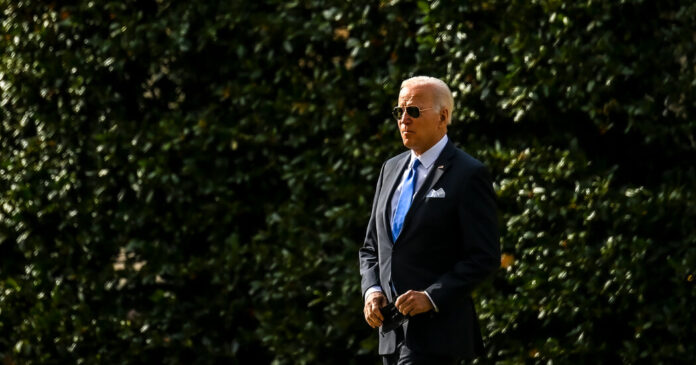 That effort appeared to begin to convince Germany, among others, that a clear warning to Mr. Putin was needed. Mr. Biden plans to speak with the leaders of Ukraine and several European allies on Monday, ahead of his call, in an effort to keep a unified front. But many European officials are clearly worried Mr. Putin could respond to pressure by diminishing gas supplies to Europe as winter approaches.

Some administration officials believe that Mr. Putin views Mr. Biden as focused on Covid at home and China abroad, and that at a moment when Germany is changing leadership and France is facing an election, this is an opportune time to begin reconstituting pieces of the old Soviet Union. They are even concerned that he may try to use Belarus, whose leader appears increasingly aligned with Mr. Putin, as a pathway to move against Kyiv.

Mr. Putin’s spokesman, Dmitri S. Peskov, on Monday dismissed warnings of a possible Russian invasion of Ukraine as “aggressive and hostile rhetoric” by the West and as “clearly targeted leaks in the Western or, as we say, Anglo-Saxon media.”

He said the Kremlin was expecting to hear “concrete proposals” on Ukraine from Mr. Biden in Tuesday’s meeting. Mr. Putin has demanded “long-term security guarantees” for Russia in Eastern Europe, such as a pledge to roll back Western military cooperation with Ukraine.

Understand the Escalating Tensions Over Ukraine

Ominous warnings. Russia called the strike a destabilizing act that violated the cease-fire agreement, raising fears of a new intervention in Ukraine that could draw the United States and Europe into a new phase of the conflict.

The Kremlin’s position. President Vladimir V. Putin of Russia, who has increasingly portrayed NATO’s eastward expansion as an existential threat to his country, said that Moscow’s military buildup was a response to Ukraine’s deepening partnership with the alliance.

“President Putin will listen to those proposals with great interest, and it will be possible to understand how much they are able to reduce tensions,” Mr. Peskov said on Russian state television Monday, according to the Interfax news agency.

Mr. Peskov appeared on television from New Delhi, where Mr. Putin was holding talks with Prime Minister Narendra Modi of India — a visit that served as a reminder of Russia’s efforts to build relationships around the world even as ties have worsened with the West. Mr. Peskov said that despite the flaring tensions over Ukraine, there was still some positive momentum in the relationship with Washington, with talks between American and Russian officials on matters like arms control and cybersecurity gaining pace in recent months.

“Although our bilateral relations remain in a very lamentable state, they have nonetheless begun reviving in some areas, and dialogue is starting,” Mr. Peskov said.

Mourinho, Benítez and the Pursuit of the Past

Tropical Storm Elsa strengthening, might change into hurricane in Florida