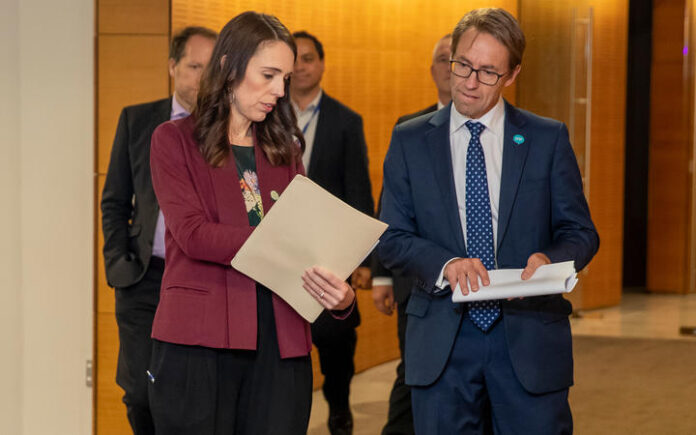 “Today I can announce that Pharmac has signed an advance purchase agreement for 60,000 courses of Pfizer’s oral antiviral treatment, which is now subject to Medsafe approval,” Ardern said.

“It’s a big step forward for the management of Covid-19 globally.”

Dr Bloomfield, Dr Ian Town and Sarah Fitt from Pharmac would provide a briefing at the end of the week about treatments like this, Ardern said.

She said alongside vaccinations, hospital treatments were already reducing the likelihood of people needing ICU care, with ICU rates in Auckland dropping from the 5.7 percent of hospitalisations seen early in the pandemic to 3 percent.

She said treatments were just one part of the plan, however, and other parts of the strategy must be used to reduce the spread of Covid-19.

“Pfizer’s new antiviral has a three-to-five-day window from the beginning of Covid symptoms to be effective – most effective from three days but still with efficacy up to five.”

Ardern said New Zealand’s total case numbers were about 12,000 – the lowest in all the OECD countries.

She said it was the success of the government’s cautious approach.

“But every percentage point helps, which means every vaccination helps … if you haven’t yet had your first make sure you talk to someone who has. Reach out, make sure you’re having your questions answered – it’s the number one thing you can do to make sure you have a safe Christmas and summer for you and your loved ones.”

After a positive wastewater result in Gisborne, Bloomfield said the Health Minister was waiting on the latest results and at this point more testing was needed.

“Anyone in Tairāwhiti – particularly if you’re in Gisborne, if you’ve got symptoms go and get a test.”

Bloomfield said the Māori population is the fastest-growing for vaccination rates.

He said the Northland and Tairāwhiti DHBs would take the longest but “the key thing is it is still going up nationwide and those rates are ticking up for Māori”.

Ardern said she had not ruled out moving Auckland to the orange light setting after the 13 December Cabinet meeting.

Bloomfield said the preliminary data showed the Pfizer treatment was particularly useful for people who were at high risk but who were not requiring hospitalisation.

“The key thing here is that it’s another option for helping prevent people getting really unwell or dying. But at the moment the option that is, of course, available to everybody is vaccination.” 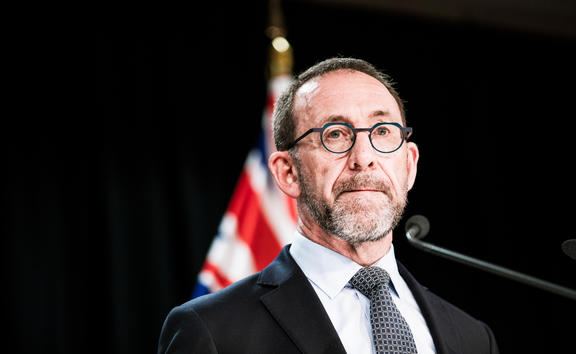 Medsafe has previously said it is “closely monitoring the developments of Covid-19-related pharmaceuticals overseas, seeking expert advice, and receiving regular updates from other medicines regulatory counterparts”.

The pill, if taken early in a person’s Covid-19 infection, can prevent people with mild symptoms from becoming very sick or dying.

It is similar to molnupiravir, another oral antiviral which the government had already pre-ordered 60,000 courses of, though that deal is conditional on Medsafe approval.

Antivirals like this are not thought to be effective for patients who have already gone into hospital.

Paxlovid, three pills taken twice a day for five days, was shown in studies to reduce hospitalisation by about 89 percent in early studies, with trials stopped early because it would be unethical to continue giving a placebo to people with Covid-19 when this drug was proving so effective.

Little said the $175 million allocated by the government for medicines and supply chain costs and $300m for purchasing more Covid-19 therapeutics made sure Pharmac could “continue to secure early access to new and promising Covid medicines as soon as possible”.

“Both drugs are still subject to approval by Medsafe, but trials look promising, and by securing access to both we are doing everything possible to make sure New Zealanders have available medicines that are easy to administer and prevent most people who contract Covid-19 from being so sick they need to go to hospital.”

He said vaccinations, mask use and contact tracing including through the Tracer app were still the best ways of stopping the spread of Covid-19 but it was also important to ensure there was a supply of medicine to treat those who did become ill.

Little said the drug was expected to be delivered to New Zealand in April, once approved by Medsafe.

With cases from the current outbreak expected to peak in January, particularly with the loosening of restrictions in Auckland and travel of Aucklanders around the country, experts have questioned whether antivirals like this would arrive in time to help.

Ardern said evidence on Omicron was still preliminary. Bloomfield said there was more speculation than fact on Omicron at this stage.

He expected more advice on the variant later today.

Ardern said it was inevitable an Omicron case would appear at the border.

On the nine African countries that were on the very-high-risk countries list, Ardern said the government was expecting to receive new public health advice on Omicron this week and may consider adding places like Norway which had seen an Omicron outbreak.

Ardern said ahead of the review of traffic light settings next Monday, some 88 percent of the eligible population was fully vaccinated and 93 percent had had a first dose.

“As a nation, we are projected to hit 90 percent double dosed on the 14th or 15th of December as the Auckland boundary changes,” she said.

Ardern said there was no evidence of widespread attempts to use fraudulent vaccine passes, but the verifier app combined with photo ID could ensure the person was who they said they were.

The government is also looking into ways for the public to raise concerns if there are any, if for example if passes are not being checked.

She said she had been asked to show her vaccine pass, and her understanding from different sources was there were no significant difficulties arising.

Ardern said the fact that at any point a patron could be asked for either the vaccine pass or photo ID or both was an extra mechanism to prevent misuse.

“Some countries do neither and have continued to successfully operate vaccine passes.”

There was the ability to issue fines to people who misused a pass, but she was unsure if there was any automatic enforcement associated with a pass scanning red.

She said there had been compliance checks carried out by police to ensure the vaccine passes are being used correctly. 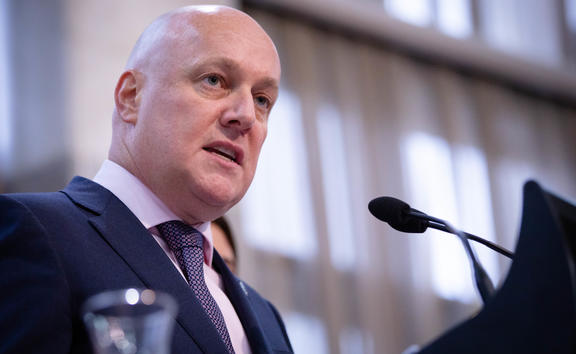 National Party leader Christopher Luxon has questioned the government’s call to put Auckland into the red setting under the traffic light system.

“I wish the new leader of the Opposition well. I don’t imagine it’s easy to manage a caucus where you’ve got three past leaders within it.”

Ardern said the measures taken on child poverty so far had a disproportionate impact on Māori and Pacific children.

She said the nearly 10,000 Māori lifted out of material deprivation accounted for about half the total number.

“Of the positive progress we’ve made, it’s also positively impacting these children too. We just need to keep going.”

She acknowledged those numbers were from before Covid-19, which would have made matters worse.

Angela Merkel ‘had a real impact, lasting effect’ on Ardern

With Angela Merkel this week leaving office as the German Chancellor, Ardern said Merkel had had a profound effect on politics globally because of the role she played in the EU, as well as a personal effect on her.

“My visit to Germany was quite early on in my role as prime minister and to meet with a leader who took such an interest in our part of the world but also who genuinely wanted to hear the perspective of someone from this part of the world … had a real impact, lasting effect on me.

“Was a reminder to me that no matter where we, no matter the size of our country or size of our economy we all have a perspective that is useful if we want to be politicians that are empathetic, that are inquisitive, that want to continually learn from others. And to have someone of that stature and been around for that long still so interested in learning new things speaks to why she’s such an exceptional person.”

Australia to play T20s and ODIs in WIndies

Well being boards step in to fly out well being staff...