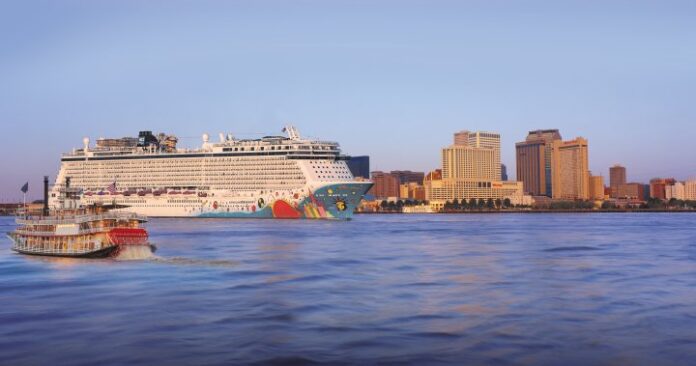 A cruise ship that docked in New Orleans over the weekend had 17 confirmed cases of COVID-19 on board, including one “probable case” of the Omicron variant, the Louisiana Department of Health has confirmed.

Ten people travelling on the Norwegian Breakaway, operated by Norwegian Cruise Line, initially tested positive for the virus on Saturday, and that number grew by six more cases on Sunday, reports the New York Times.

The boat left New Orleans on a seven-day cruise on Nov. 28, and made stops in Belize, Honduras and Mexico before returning to the U.S. city.

UPDATE: 7 additional COVID-19 cases have been identified on a @CruiseNorwegian ship that disembarked in New Orleans today. This brings the total number of #COVID19 cases identified among the passengers and crew members to 17.

The positive cases have been identified among both crew and staff, the health agency said.

Norwegian said it has been following all COVID-19 health protocols and it required all passengers and staff to be vaccinated before departure. More than 3,200 people were on board the vessel.

“We are testing all individuals on Norwegian Breakaway prior to disembarkation, as well as providing post-exposure and quarantine public health guidance by the (U.S. Centers for Disease Control and Prevention),” the company said in a statement Sunday.

Don Canole, a passenger from North Carolina, told WVUE-TV, “We didn’t hear of this until we kind of heard you talking a second ago.”

“It would have been nice to have known. We would have taken maybe a few more precautions,” Canole said.

Passengers told the news station they were tested for the coronavirus on Saturday before they were allowed to disembark Sunday.

Anyone who tested positive was told to either go directly home in their personal vehicle or self-isolate in accommodations provided by the cruise line, officials said.

Passenger Wade Berry told CNN that he wasn’t told about the ship’s positive cases, and didn’t know about them until his sister sent him a statement from the mayor’s office in New Orleans.

“Everything was business as normal,” he said about the night before the cruise disembarked. “The show went on and the bars were open. Everything was normal.”

He told CNN he was sent home with a test to take in three days.

“We take this matter extremely seriously and will continue to work closely with the CDC, the office of Governor John Bel Edwards, the Louisiana Department of Health as well as the city and port of New Orleans,” Norwegian Cruise Line said.

Cruise ships were an early source of outbreaks last year, prompting the Centers for Disease Control and Prevention to issue a no-sail order in March 2020. As the government allowed cruises to resume with some restrictions, ships added vaccine requirements, testing rules, capacity limits and mask mandates.

A report by the CDC last month showed that more than 1,000 cases had been discovered on cruises in the United States since sailing resumed following the industry-wide shutdown.

— With a file from Reuters