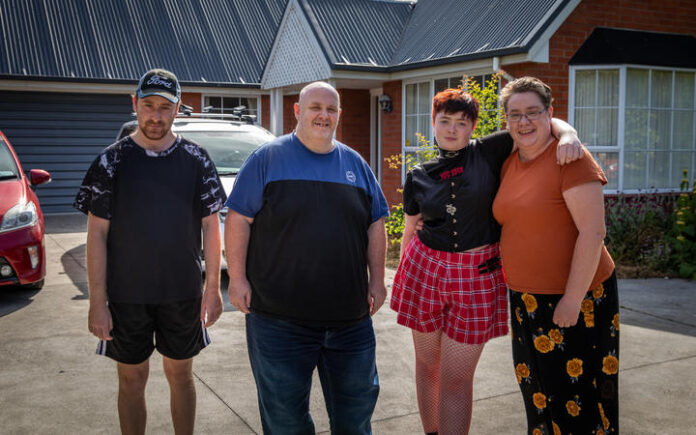 “I swear I’ve never grinned as much in my life,” says Michelle Shaw about the moment they finally knew their family were set to be New Zealand residents. 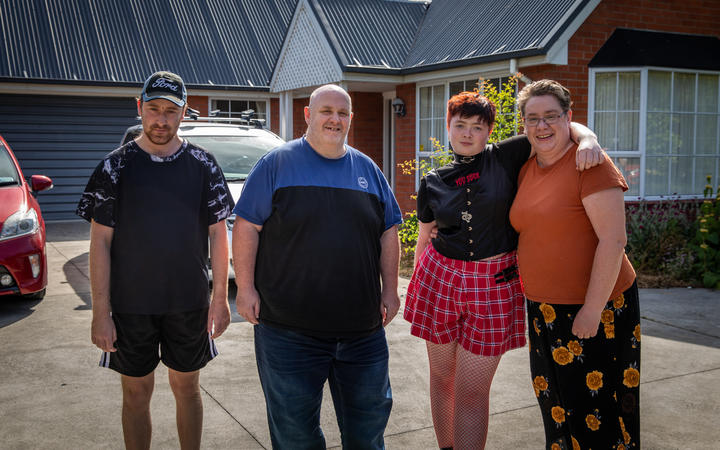 Michelle, husband Mic and their children Scarlett – aged 14 years old, and Jarrad, 19, are poised to be among the first to apply for the one-off residence visa, which opens today.

An estimated 165,000 people will become residents, in what Immigration New Zealand calls the biggest change in recent history.

The family’s journey began in 2016 with a holiday – a friend who had emigrated was convincing them to move and life events spurred them to visit.

“What started off as a holiday turned into life changing moves for all four of us and in a massively good way as well,” said Michelle. “In 2015 we’d had a really rough year, we’d been broken into a few times, we’d had cars broken into, I turned up one day to find the car just suddenly engulfed in flames while I was working nights.

“It wasn’t until I got off the plane in Auckland that all of a sudden I just got hit with just this overwhelming feeling of ‘Michelle, you’ve come home'”.

The family had to spend time apart while Jarrad finished school in the UK, Scarlett loving the move from Sheffield to join her dad in Auckland’s Gulf Harbour.

“When she arrived she was nine years old,” said Mic. “She could cycle around the neighbourhood to her friends and school and had a lot more freedom than she was used to back in the UK.”

The family of four was reunited in 2018, and they moved to Christchurch last year where Mic, 48, now works as a senior software engineer and Michelle is an administrator at Covid vaccination centres. 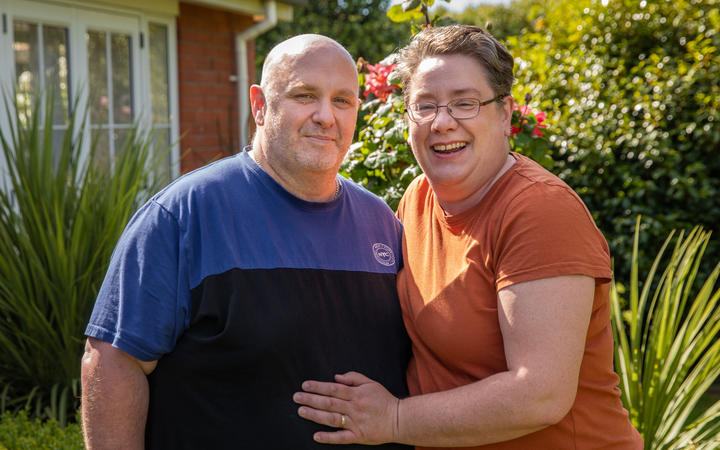 But their future was unsure. They took the first step on the path to residence in March 2020, just as the pandemic hit and as the government effectively called a halt to new residence applications.

“It was just a case of waiting and the only real frustrating thing was that the information that was coming out from the immigration minister never quite happened to schedule,” said Mic. “That kind of just leaves you waiting, which for us was okay but for Jarrad it was problematic.

“He’s going into a trade, but as a dependent child, he can’t get work. He can’t do work experience. He can’t even take on a Saturday job. What is he going to do in the meantime, because the last thing you want is a 19 or 20 year old sitting around the house not being able to do anything and having their motivation for life disappearing from them.”

Michelle said the stress was horrendous as they began to realise the plans they had laid might split their family again. 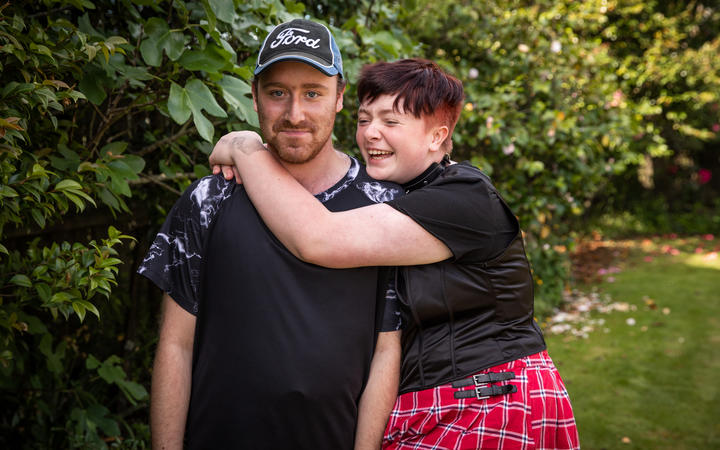 Then the news that changed everything, a colleague showing her a news article about an announcement due the following day in September – then she heard Mic the next morning.

“Oh my gosh, I have never known him so ecstatic in my life, he came running down the corridor to where I was sat and he went, ‘we’re going to get residency, we can apply for residency, finally!”

Disbelieving, she said she would believe it when she saw it, and like a lottery win it was only later it sank in.

“It wasn’t until we got the email to say that we could actually apply, I swear I’ve never grinned as much in my life and all my workmates are just so thrilled and ecstatic. To actually be in a place where we’re booking our medicals and we’ve had our medicals all uploaded now, it’s just like, this thing is actually happening.

“If that comes back saying that we are residents of New Zealand, it will be like we’ve won $50 million. Because it just means that we can actually stay here, somewhere where we actually love. It’s very awesome – it’s a fantastic feeling.”

They are among the lucky first 15,000 who can apply from today, with the remainder allowed to apply from March onwards.

He had set the alarm clock to be at his laptop when applications opened at 6am. 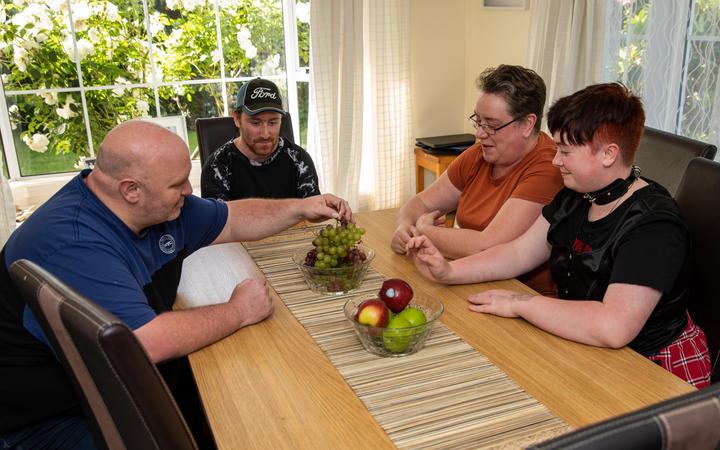 The general manager of the 2021 resident visa programme at Immigration New Zealand, Geoff Scott, said there is much anticipation at their end too.

“Within immigration generally we’re pretty excited about it, up for the challenge and keen to get under away,” he said.

“From our feedback from both applicants themselves and the various sectors and community groups there’s a real sense of anticipation for this as well, genuine relief that it’s here and that so many people are going to be eligible to apply for it and get residence.”

INZ has prepared a how to apply video. “We’re very keen for this to be a very different experience,” he said. “All of these people will have previously applied for visas with us and will have had varying levels of experiences in terms of the wait times and the process to apply. The application should be very, very simple, it’s online and the video will guide them through some of those key points.”

Migrants are eligible if they are settled (3 years+ in New Zealand including a minimum number of days), skilled (based on wages) or scarce in short supply.

Simplified police and health checks were also designed to speed up the process and decision, and some applications should be finalised this month.

“I would anticipate that should be days, not weeks and months, so we should be moving these through pretty quickly,” he said. “It is huge for us, but we’re confident we’re doing all the right work in preparation to deliver this programme of work.”

Immigration Minister Kris Faafoi said people may have to be patient if there was high demand today. “Fingers crossed – we’ve done all the hard work and I’ve had good discussions with immigration officials, so when people apply hopefully it is straightforward and they can get a good level of service.”

Although other migrants wanted to see the policy widened, the government had struck the right balance in recognising the contribution they had made.

“We had to take in a number of factors, the enormity of the eligibility in some of the options that we had in front of us, what it would mean for those families, to make sure we had surety of workforce, some of the challenges that those families had been through individually as well.

“I’m really personally happy obviously for those families who have had a policy change and it’s going to mean a different life for them, the ability to lay their roots down in New Zealand. It’s good for them obviously, good for our communities who they’ve already spent a considerable amount of time in as well.”

Motorcyclist dies after crash in Taranaki