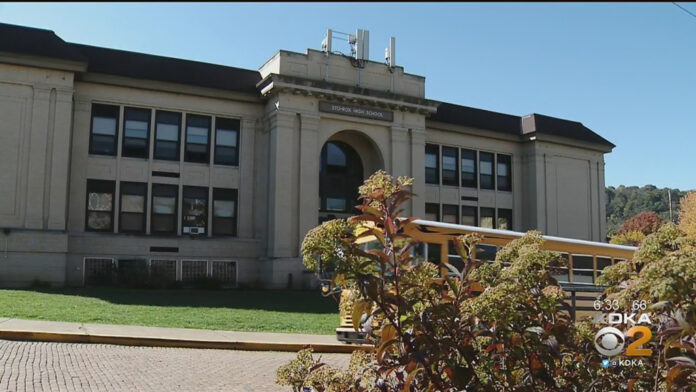 By: Chris Hoffman and Jessica Guay

PITTSBURGH (KDKA) – Several local police departments and the FBI are investigating a rash of threats against multiple schools in Allegheny County.

Tuesday was a chaotic day for the schools mentioned in threats on social media. Many of the districts said the threats were on Snapchat.

“The FBI has a really good working relationship with a lot of the social media companies, and we have a number of experts here that can help us strip up some of that anonymity that comes with being online,” said FBI Assistant Special Agent in Charge Joe Rothrock.

The list of schools and districts mentioned in separate threats continues to grow.

Other schools went virtual because of threats, including all Propel Schools and Penn Hills Charter School.

The West Mifflin Area School District said there was a threat against the high school and some students received text messages and emails from an anonymous phone number. The high school will learn remotely on Wednesday.

Sto-Rox School District sent high school students home early for virtual learning on Tuesday and they will be remote on Wednesday because of a violent threat that mentioned the school.

“We did a basic sweep of the school to make sure everything was all right, made sure kids got off the premises safely,” said Stowe Township Police Chief Matthew Preininger.

Preininger said his officers spent the day brainstorming with other departments.

“We had some of our officers from our department meet with some officers from other departments, got on a conference call, just trying to figure out where this may have originated from, how, is it one person, is it multiple people,” said Chief Preininger.

The FBI has made it clear there are consequences if someone posts threats on social media. In fact, issuing a threat is a federal crime.

“So typically, any charges that are filed are filed either the local or state level. There are federal violations related to interstate threatening communications and those carry sentences of up to 5 years in prison,” said Rothrock.

He said there are steps you should and should not take if you ever see a threat.

“Immediately report it to law enforcement. Our local and state departments will contact FBI if they need our resources. The other we ask them not to do is forward those posts off because we don’t contribute to any misinformation that might already be out there,” Rothrock said.

The FBI said they do not have national or local statistics, but it appears these social media threats against schools are increasing.

7 Texas Officers Are Fired in Dying of Black Man Restrained...

‘Straight out of Hollywood fiction’: Feds bust three males in $30...