A group of kaumātua in Auckland are among the first in the country to receive their booster shots this morning. 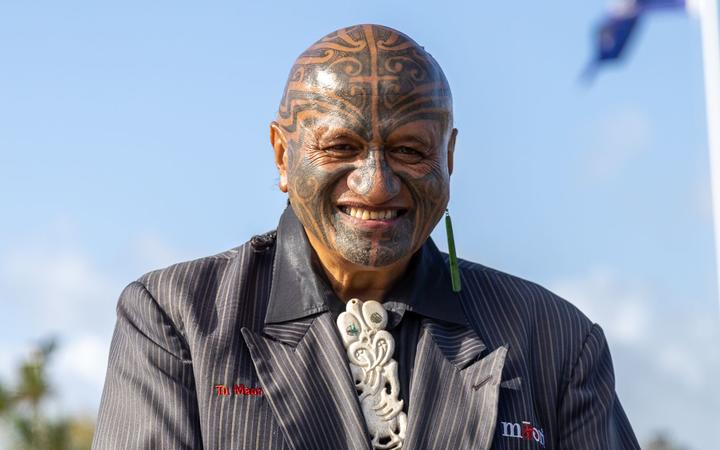 The vaccination event at Manurewa marae has been set up by Māori providers for the opening day where those who are eligible can receive one.

A hundred staff from west Auckland provider Te Whānau o Waipareira arrived to join arms with the marae staff and vaccinate as many kaumātua as they could.

One of the elders leading the way was Manurewa marae chairperson Rangi McLean, who eagerly rolled up his sleeve for what he calls the “trifecta”.

There was even one 87-year-old kuia who was getting her vaccine for her 70 mokopuna, which McLean thought was special.

“We had a steady flow of kaumātua and kuia, the oldest we’ve had through was actually 87 years old … and the reason that she came to get her booster shot was because she hopes that her 70 mokopuna will follow her example,” he said.

“It was actually amazing to see the response that we’ve had this first day of booster shots being through.

“Our target is not only our elderly Māori but our Pacific Island, Asian and Pākeha community as well.”

The day began with a mihi whakatau for Te Whānau o Waipareira to acknowledge their support for the kaupapa initiating over the next few weeks.

It comes after Te Whānau o Waipareira had recently returned from a targeted journey up north to help with the Te Tai Tokerau Māori vaccination efforts.

McLean said working alongside other providers had been the key to their success in reaching those in the community who were most vulnerable and getting everybody on board to get vaccinated.

In particular, he said having John Tamihere advocating for the delivery of data from the Ministry of Health outlining Māori vaccination information had been important.

“We can work together at the drop of a stone,” he said.

“Some of them are doing it to not only safeguard their whakapapa but to be a shining example to their mokopuna.

The marae provider was conscious of how helpful the event could be when it came to showcasing a positive kaupapa for their younger age groups, who were at times reluctant to get vaccinated.

Kemp said the kaumātua had been leading the way for the local community and had been instrumental in encouraging other kaumātua to come along for their booster shot.

“It’s been an awesome day for us here at Manurewa marae,” she said.

“It’s now time because we are at the hesitant end of our whānau, those who are more reluctant, so we’ve got to do whatever it takes, so, collaborating, whanau ora, bringing Te Whānau o Waipareira out is the way to go now.

“We need all the help we can get in our community.”

Kemp said it had been inspiring to see their elders take the reins and help motivate their mokopuna to one day receive their boosters too.

McLean also wanted those who perhaps were still unsure about receiving the vaccine or had been participating in anti-vax, anti-mandate, or any other type of protest movement to think about an alternative message where showcasing your freedom was about getting vaccinated.

“Maybe we need to start changing our messaging out there, instead of what’s been happening over the past few months… maybe we need to say that to gain our freedom, we have to be vaccinated.”

The booster vaccination drive at Manurewa marae will be ongoing until the marae is satisfied they have reached everyone they can.

“Get your vaccination shots if you want to leave Auckland.”

World meals costs fell in June for the primary time in...