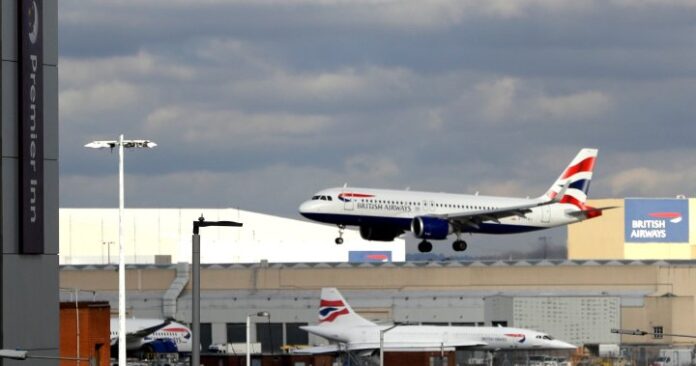 South Africa’s foreign ministry said Britain’s decision to ban flights from South Africa because of the detection of a new COVID-19 variant “seems to have been rushed”, as even the World Health Organization is yet to advise on the next steps.

Scientists have so far only detected the B.1.1.529 variant in relatively small numbers in South Africa, Botswana and Hong Kong, but they are concerned by its high number of mutations which could help it evade the body’s immune response and make it more transmissible.

Britain on Thursday temporarily banned flights from South Africa, Namibia, Botswana, Zimbabwe, Lesotho and Eswatini from Friday after its detection was announced.

“Our immediate concern is the damage that this decision will cause to both the tourism industries and businesses of both countries,” South Africa’s Foreign Minister Naledi Pandor said in a statement.

South Africa will engage with British authorities to try to get them to reconsider their decision, the statement added.

South Africa has requested an urgent sitting of a World Health Organization working group on virus evolution on Friday to discuss the new variant.

0:36
COVID-19: Global economy could lose as much as $9.2 trillion if developing nations don’t have access to vaccines, says NDP MP

COVID-19: Global economy could lose as much as $9.2 trillion if developing nations don’t have access to vaccines, says NDP MP – Nov 9, 2021

Cuba cracks down on protesters amid anti-government demonstrations – Nationwide |...