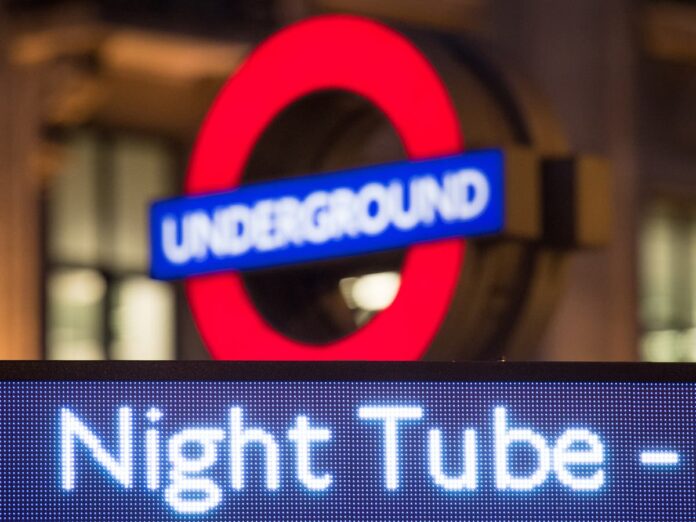 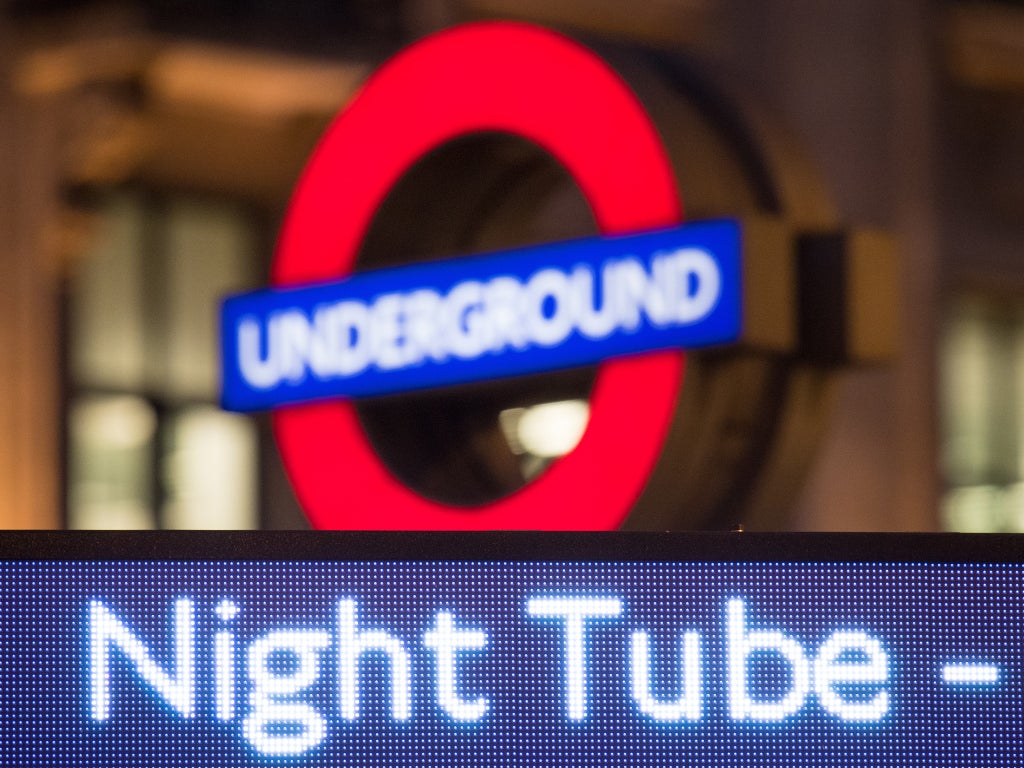 Transport for London (TfL) said the Central, Jubilee, Northern, Piccadilly and Victoria lines will be severely disrupted for 24 hours from 4.30am on Friday.

Members of the Rail, Maritime and Transport (RMT) union are taking industrial action on a number of days in the run-up to Christmas.

The start of the industrial action coincides with the reintroduction of the Night Tube, which was suspended in March 2020 due to the lack of passengers and staff as a result of Covid social distancing regulations.

RMT members are also planning to strike on six other nights: this Sunday (28 November), and on Friday 3 December, Saturday 4, Friday 10, Saturday 11, and Friday 17.

The RMT has said that LU has abolished 200 Tube driver positions and has imposed “unacceptable and intolerable” new rotas on existing drivers to cover Night Tube services. The union says this would “wreck the work-life balance” of members.

The Night Tube has run on Fridays and Saturdays since August 2016. Last month, it was announced that the restarting of the Night Tube had been brought forward from April 2022.

It came after the public had demanded safer night-time transport for women after a number of attacks, rapes and murders in London, and businesses and politicians called for a boost for night-time industries.

Operations on the Waterloo and City line are now also suspended as a result of the RMT strikes.

Services remain suspended on the Central and Piccadilly lines.

Operations on the Central and Piccadilly lines of the London Underground were suspended on Friday morning as a 24-hour planned strike begins, threatening disruptions to London in the run up to Christmas.

TFL said there will be “no service due to strike action by the RMT” on the Central line while valid tickets will be accepted on buses and Network Rail services.

Shortly after, services were also suspended on Piccadilly line.

The status of tube services on Victoria, Northern, Waterloo & City and Jubilee remained “special services” which means operations at a reduced frequency.

Services on other lines remain unaffected.

London Underground says serious consequences in the run-up to Christmas

Nick Dent, director of London Underground customer operations, said the strike by RMT was “avoidable” and it might have serious consequences as it comes ahead of Christmas.

Dent said the strike “will threaten London’s recovery from the pandemic, despite no job losses and more flexibility and job certainty for drivers”.

“While every other union has agreed to these changes and our staff have been enjoying the benefits of the changes since August, we’re willing to work with the RMT and review the changes after Night Tube services have returned,” he added.

He said a review is only possible if RMT agrees to meet officials for talks and withdraw from proposed strikes.

“If the RMT refuses to engage with us and carries out its unnecessary action, which is timed to cause maximum disruption for our customers looking to enjoy London during the festive season, Londoners are advised to check before they travel on days of planned strike action.”

TFL warns buses and roads to be busier than normal

Transport for London has warned of busier than usual buses and local roads in central London as RMT union members are starting the first of its 24-hour walkouts on Friday morning.

TFL urged commuters to plan more time for journeys as delays are expected and consider walking or cycling.

“If the strikes go ahead, we will operate as many services as possible, but this will depend on staffing levels on the day,” it added.

Transport for London has urged commuters to check before they travel.

Further information on alternative transport can be found on its website.

Lines unaffected by strike likely to be ‘much busier’ than usual

Transport for London (TfL) is warning that lines unaffected by the strike are likely to be “much busier” than usual.

Five out of 11 lines – Central, Jubilee, Northern, Piccadilly and Victoria – will be severely disrupted by the strike that will take place on a number of days before Christmas.

TfL added: “Thameslink services and buses through central London are also expected to be busier than normal.”

Why are Tube drivers striking? Here’s a quick recap

London Underground (LU) workers are now on strike from now, and services on the Tube will be severely affected on five major lines.

The industrial dispute is over new Tube drivers’ rotas that transport union RMT has slammed as “intolerable”.

LU is requiring drivers to work more shifts to cover weekends and nights after the restarting of the Night Tube.

The RMT has said LU has axed 200 driver positions and scrapped its previous agreement with drivers that had made the Night Tube “a success” – before the night-time services were suspended as a result of the Covid pandemic.

LU had said it was “disappointed” that RMT members were going to go on strike, and added it was open to further talks.

RMT said that Tube management claimed the union was refusing to engage in further discussions, which RMT regional organiser John Leach said on Thursday was “not true”.

More details about the strike here from Joe Sommerlad

Good morning and welcome to our live blog, where we will post updates throughout the day on the London Underground strike.

Cargo ships diverted away from UK ports due to container backlog