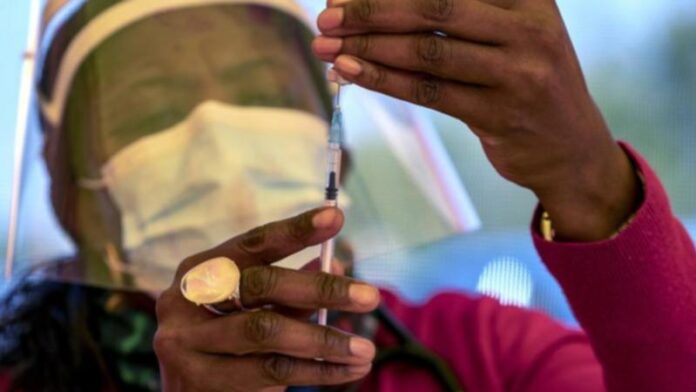 A newly identified coronavirus variant that has spread in South Africa is the most concerning British health officials have seen as it has double the number of mutations of the Delta variant including some associated with evading immune response.

The UK Health Security Agency said that the variant – called B.1.1.529 – has a spike protein that was dramatically different to the one in the original coronavirus that COVID-19 vaccines are based on.

It has mutations that are likely to evade the immune response generated by prior infection and vaccination, and also mutations associated with increased infectivity.

Lab studies are needed to assess the likelihood of the mutations resulting in greatly reduced vaccine efficacy, scientists said.

Earlier on Thursday, South African scientists said they had detected the new COVID-19 variant in small numbers and were working to understand its potential implications.

The variant has a “very unusual constellation” of mutations, which are concerning because they could help it evade the body’s immune response and make it more transmissible, the scientists told reporters at a news conference.

The variant has also been found in Botswana and Hong Kong.

The UK Health Security Agency said that no cases of the variant had been detected in Britain and they were in contact with South African colleagues over their data.

As a result of the infections, Britain will place South Africa under red list travel restrictions, The Guardian reported on Thursday.

The variant posed “a potentially significant threat to the vaccine program which we have to protect at all costs,” Whitehall sources were quoted as saying in the report.

Israel announced on Thursday it was barring its citizens from travelling to southern Africa and banning the entry of foreigners from the region.

Israelis returning home from those countries would be required to spend between seven and 14 days in a quarantine hotel after arrival.

Dalaithngu ‘will go to the Dreamtime’