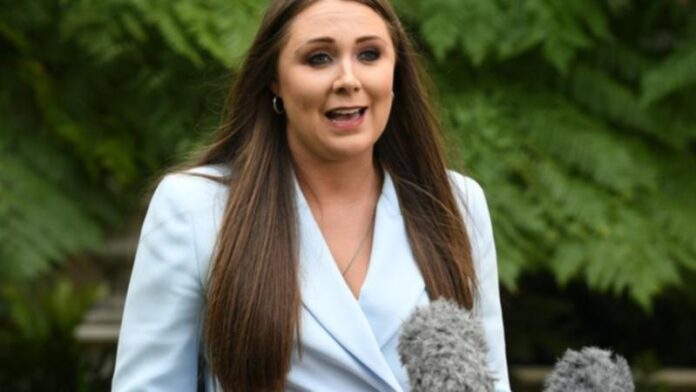 The Queensland government says more detail about its renewable energy plan will soon be released after the auditor-general called for a review.

Auditor-General Brendan Worrall says the Palaszczuk government’s plan for 50 per cent of energy consumption to come from renewable sources by 2030 is so unclear it should be reviewed.

Mr Worrall wrote in the report released on Thursday that it was hard to measure progress made over the last six years, and there’s evidence it may be slower than the government has claimed.

Environment Minister Meaghan Scanlon says more details about the plan and how the government logs progress will be released.

“I’d encourage everyone to have a look online, we want to be transparent around where we’re at,” she told reporters on Friday.

“We know there’s more to go and that’s why we’re investing.”

The auditor general’s found about 19 per cent of the electricity generation is from renewable sources, but the government’s 2020/21 budget said it was 20 per cent.

“This government loves talking a big game when it comes to the environment, but when you actually look at the details this couldn’t be further from the truth,” he said.

“It’s not good enough to just set a target because it sounds good, you need to deliver it.”

The auditor-general’s report said the government omitted some non-renewable energy, left energy generated by small-scale facilities out, and assumed all bioenergy generators achieved the same output as the largest.

The difference in the government’s calculation of 20 per cent renewable energy, the report said, and the actual figure of 19 per cent was particularly concerning.

“This is an important difference as each percentage point change in the level of renewable energy translates into a sizeable change in Queensland’s energy system,” Mr Worrall wrote.

The report said more detail was needed about energy generated from wind, solar and other sources, as well as the assumptions underpinning government forecasts.

Part of the problem, the report said, was that a transition plan last year lacked a clear vision or objectives.

Mr Worral wrote that the plan didn’t explain how renewable energy consumption was calculated either, making it hard for progress to be measured.

He said the department should state its overall vision and objectives, and publish a detailed statement on how the consumption is defined and measured.

“It is difficult to know whether the transition to renewables is on track or whether the department should adjust its objectives or processes,” the report said.

“An interim review could serve as a useful checkpoint to ensure the transition is on track.

“For example, it could provide a formal trigger for the government to intervene further in the market if the transition to renewable energy slows and the department no longer expects to achieve the target. “