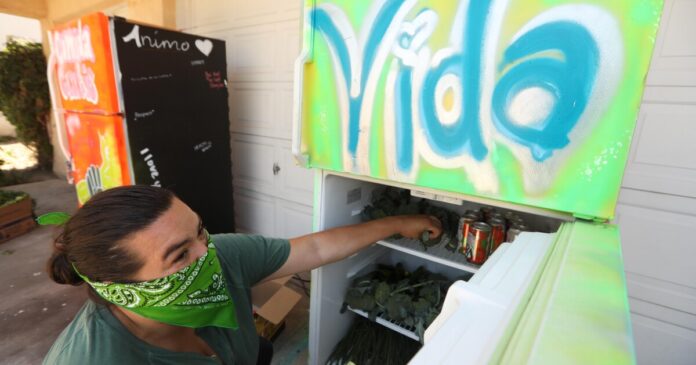 Generosity connects human beings. It is a powerful core value we share across ideologies and identities. It’s how we relate to our community, family and intrinsic sense of belonging. My wife, Luz, and I have taught it to our kids, Lin-Manuel, Luz and Miguel — the spirit of generosity from our community in Puerto Rico to the streets of Washington Heights.

Growing up in Puerto Rico, where la familia is central to one’s identity, I learned from my parents that family, community and giving back were inextricably linked. And when I came to New York, I quickly learned that family is central to all Latinos.

In the Latino community, familial relationships are broader than blood relationships; they are a complex web that connects friends, neighbors and even people you have never met but with whom you share a geographic or cultural bond. Familial relationships create an important sense of belonging that make people more likely to give back to that infrastructure. They also support survival in a place where you may be perceived as an outsider, sending the message: We are in this together.

When Lin-Manuel and Lucecita tell stories of growing up, they always talk about how people — family, neighbors from Puerto Rico or friends — lived in our household because they needed a place to stay. We did not have additional resources to contribute to an institution fighting poverty, but we had a big house that was a resource to take care of others. So, while housing and caring for others may not be traditionally associated with philanthropy, it’s a valid and under-quantified method of generosity.

The U.S. has seen a decline in traditional donation-based philanthropy, specifically an 18% drop between 2000 and 2018, according to a July report from Indiana University’s Lilly Family School of Philanthropy. But those numbers don’t tell the whole story. The Generosity Commission, a nonpartisan group launched in October, and of which I’m proud to be a member, was formed to better understand and encourage both formal and informal acts of kindness in the story of American generosity. Right now, our measurements on giving don’t capture the breadth and depth of generous practices in diverse communities, including Latino philanthropy.

The July survey tracked donations in the U.S., defined as giving money, assets, property or goods to charities directly or through payroll deductions. But that excludes much of the giving people do within their own families and communities.

Latino families and Americans born abroad are known for their generosity when it comes to the hard-earned money they send to family as remittances. Globally, the U.S. is the top source of remittances, at a total of $68 billion just in 2020, with these payments forming a pillar of several Central and Latin American countries’ economies. In fact, these remittances grew following COVID-19. An August report from the Lilly Family School of Philanthropy found that Hispanic Americans prioritize economic recovery for their communities, participate in community donation events and give a significant portion of their “donations” directly to family members. These habits show many forms of giving that look distinct from what we consider charity — and resonate with my own family’s experience.

And what about informal volunteering that is not reflected in philanthropy surveys — neighbors helping neighbors repair a roof after a hurricane, or assisting a recent immigrant family in getting food? Mutual aid networks are popping up across the country in response to the economic pain and job loss of the pandemic. Similar networks emerged to protect our Asian American neighbors from hate crimes and to help Central American asylum seekers as they waited just over the border for their hearings.

Despite having less wealth than white Americans, Latinos still give a larger share of their family wealth to charity. Research also shows that many organizations are not well equipped to reach Hispanic families, who are too often not asked to donate to mainstream, traditional philanthropy. But when asked we give generously, as shown in our response to outreach for aid following natural disasters such as hurricanes. This behavior has not changed in a long time, reflecting what my fellow community leaders and I found when we started the Hispanic Federation 31 years ago.

It’s time to update the traditional definition of philanthropy in the U.S. to include a wider breadth of what generosity means, especially as this country diversifies and welcomes people of all backgrounds who practice generosity in multiple ways. That’s part of what being American is. Right now, our Hispanic population includes 62 million neighbors. By 2050, we will make up nearly 25% of the total U.S. population.

Together, we can reimagine and reignite our culture of generosity and push back on the idea that Americans today are less generous than we once were.

Luis A. Miranda Jr. is a philanthropist, strategist, and advocate, founder of the MirRam Group and chair of the Latino Victory Fund.

He chauffeured Bob Dole around West Michigan in 1996. What he remembers about the ‘great American’