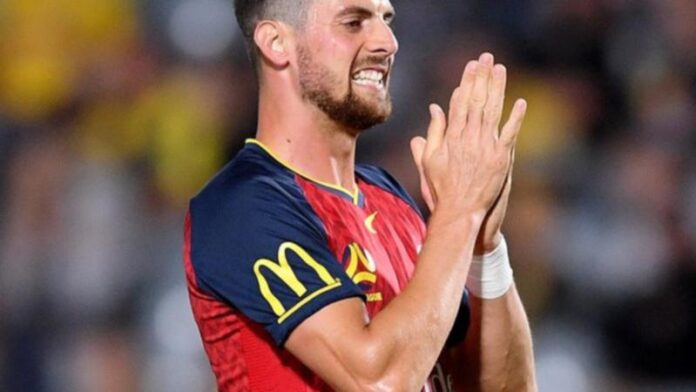 Such is the importance of Tomi Juric to Macarthur FC’s A-League Men season, Bulls coach Ante Milicic insists he won’t rush the fringe Socceroo into his side for Saturday’s clash with Sydney FC.

Juric was a notable absentee from Macarthur’s matchday squad for their opening round fixture against Wellington last weekend and despite training well during the week, remains a doubt to take on the Sky Blues.

“We’ve got a little bit more confidence to include him in the matchday squad but again today was a difficult day to get much done on the field and with the conditions set to remain the same for tomorrow we’ll leave that decision up until kick off,” Milicic said.

“He had a little setback during pre-season and he just hasn’t had the match minutes in there and we want to build him up.

“He means so much for this team that he’s just one that I feel you don’t want to take risks with at this stage.

“He’s one that in these early stages will have to go week-to-week but he means so much for us in that in that front third.”

Juric’s fitness wasn’t the only concern Milicic had to contend with before facing the Phoenix, with the match moved at short notice from Campbelltown Stadium to Newcastle after the surface at the Bulls’ home ground was deemed unsafe.

The state of the pitch means Macarthur are unlikely to play at the venue for several weeks with Penrith’s BlueBet Stadium being suggested as a possible temporary home ground starting with next weekend’s clash against Central Coast.

“That’s the suggestion at this stage but I’m just purely focused on tomorrow night being an away game against Sydney FC,” Milicic said about the Penrith option.

“We’ll just work on what we can control and I’m sure the board will come up with a decision where we’ll play the following week against the Mariners, but I haven’t given it too much thought.”