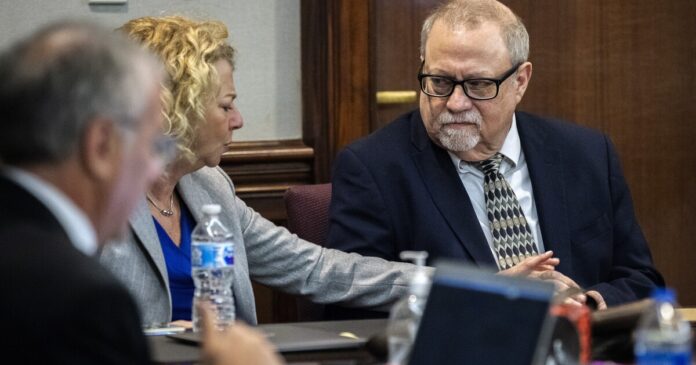 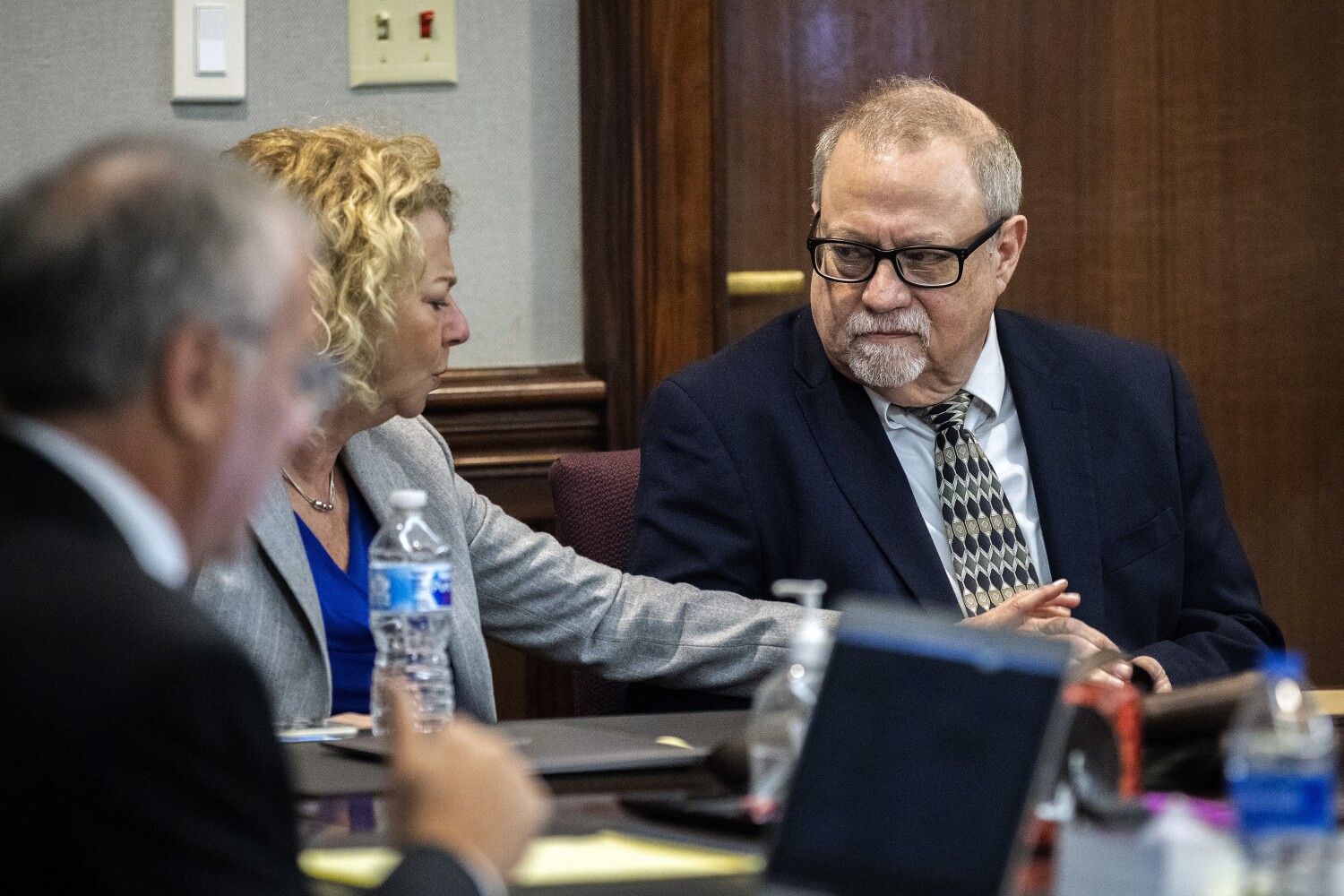 Gregory McMichael, 65, his son, Travis McMichael, 35, and their neighbor William “Roddie” Bryan Jr., 52, chased down Arbery in their pickup trucks as he ran through their Satilla Shores subdivision near the coastal port city of Brunswick before the younger McMichael shot him dead.

The men later said that they were attempting to make a citizen’s arrest and that Travis McMichael was acting in self-defense, because he fired only after Arbery, in his final moments, had lunged for him and his gun.

The murder convictions carry a sentence of life in prison.

Theawanza Brooks, one of Arbery’s aunts, sobbed and rocked back and forth in an overflow room in the courthouse as Travis McMichael was declared guilty.

As the verdict for Gregory McMichael was read, she pulled off her sweater to reveal a bright orange outfit — a self-styled prison jumpsuit — with a message emblazoned on her chest: “Justice Served!!!”

Then, with Bryan’s conviction, she raised her fist to the air.

“We did it,” she said. “We’re an example for the world to show you don’t have to riot and tear things up in order to get a good ending.”

Outside the courthouse, a man shouted, “Say his name!”

“Ahmaud Arbery!” the crowd of about 150 chanted.

It took jurors — 11 of them white and one Black in a county that is 27% Black — less than two days to reach their decision as a throng of family, friends, pastors and activists milled about outside the downtown courthouse.

Speaking after the verdict, civil rights activist the Rev. Al Sharpton portrayed it as a victory against racism.

“Let the word go forth all over the world that a jury of 11 whites and one Black in the Deep South stood up in a courtroom and said Black lives matter,” he said.

Later he pronounced: “Brunswick, Ga., will go down in history as the place that criminal justice took a different turn.”

Attorneys for Travis and Gregory McMichael said they planned to appeal the verdict.

“These are two men who honestly believed what they were doing was the right thing to do,” defense lawyer Jason Sheffield told reporters.

The defense attorneys also said the trial was complicated by the fact that the case had become part of a wider national conversation about racial injustice.

The verdict came less than a week after a jury in Kenosha, Wis., delivered a not-guilty verdict in the trial of Kyle Rittenhouse, who was 17 when he shot and killed two men and wounded another last year at violent protests against police brutality — another case surrounded by questions of vigilantism and race.

The slaying of Arbery on a quiet Sunday afternoon, Feb. 23, 2020, startled Americans on both sides of the political divide.

Calling the trial “the most important case in Georgia history,” Ronald Carlson, chair of law emeritus at the University of Georgia, said prosecutors were wise in not overplaying the racial dimensions of the case.

The decision to “focus on the facts of this homicide” played well with the jury, he said.

The killing had drawn comparisons to the 2012 shooting death in Florida of Trayvon Martin, a Black 17-year-old whose killer, George Zimmerman, claimed self-defense and was acquitted of murder and manslaughter charges.

But in contrast to that case, jurors were able to watch the Arbery killing for themselves. The most important evidence presented during the trial was grainy cellphone video shot by Bryan as he drove his pickup in pursuit of Arbery.

Arbery can be seen running along a sun-dappled street shaded by live oak trees toward a parked pickup truck. Gregory McMichael is standing up in the truck bed with a handgun, and Travis McMichael stands beside the open driver’s-side door holding a shotgun.

As Arbery runs past the truck on the passenger side, the camera pans away and then shows Arbery swerving to the left and disappearing briefly from view behind the truck.

The jury was also presented with security camera videos showing Arbery entering a home under construction in the neighborhood multiple times in the months leading up to Feb. 23 — the last time just minutes before he was shot dead.

The jury had to grapple with key questions: Why did the three men pursue Arbery? Did they have a legal right to carry out a citizen’s arrest? Did Travis McMichael act in self-defense?

Under Georgia’s citizen’s arrest law — an 1863 statute that was repealed six months ago but still applied in the trial because it was in effect at the time of the shooting — it was legal for an ordinary person to detain somebody only when there was reasonable suspicion that a felony had been committed.

Defense attorneys argued that Arbery was “not an innocent victim” and that the defendants reasonably believed that he had carried out burglaries in their neighborhood.

Prosecutors said the three men made “assumptions” about Arbery, had no evidence he had committed a crime and gave chase “because he was a Black man running down the street.”

As they deliberated in the Glynn County courthouse, jurors had to sort through a lengthy indictment with complex, interlocking charges.

Prosecutors charged the three defendants not just individually but as “parties concerned in the commission of a crime,” meaning that if the jury found that one man committed a felony, it could convict them all of that crime.

Only Travis McMichael was convicted on the most serious charge of malice murder, which means the jury determined that he intended to kill Arbery.

All three defendants were found guilty of felony murder, a killing that occurs during the commission of another felony, as well as aggravated assault, false imprisonment and criminal attempt to commit a felony.

As Linda Dunikoski, the lead prosecutor, emerged from the courtroom after the verdict, the crowd greeted her with whoops and applause.

“The verdict was a verdict based on the facts, based on the evidence,” she said. “The jury system works in this country.”

‘We thought it was a joke’: Worldwide opposition to Norwegian whale...