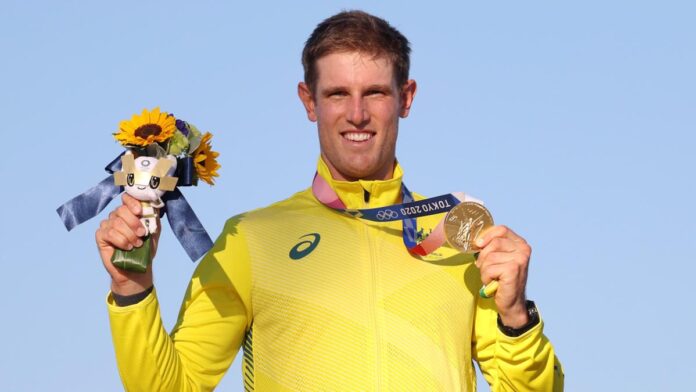 Tokyo gold medallist sailor Matt Wearn became a dual winner of the WAIS Athlete of the Year at the 2021 WAIS Annual Awards of Excellence at Crown Towers on Thursday night.

It was a fitting way to cap a memorable 2021 highlighted by Wearn’s “victory lap” in the Laser class medal race in July after he’d set up an unassailable lead in 10 qualifying races at the Enoshima Yacht Harbour.

He needed only to start and finish and he did so, marking glorious redemption for missing a spot on the team for the 2016 Rio Olympics.

Wearn was announced the winner from a group of four finalists, including swimmers Brianna Throssell and Ben Popham, along with rower Annabelle McIntyre, who all won gold at the Tokyo Games.

He is the seventh athlete to be named WAIS Athlete of the Year for a second time, having also won in 2018.

Canoeing took out program of the year.

Saffy, 16, who has cerebral palsy and competes in the S9 100m butterfly and S8 breastroke events.

The Wally Foreman Foundation determined it could support Saffy’s career with a grant to assist in his attendance of Perth-based camps to supplement local and interstate competition.

Malaria deaths rise due to COVID-19: WHO

WA concede whole BBL could be on the road