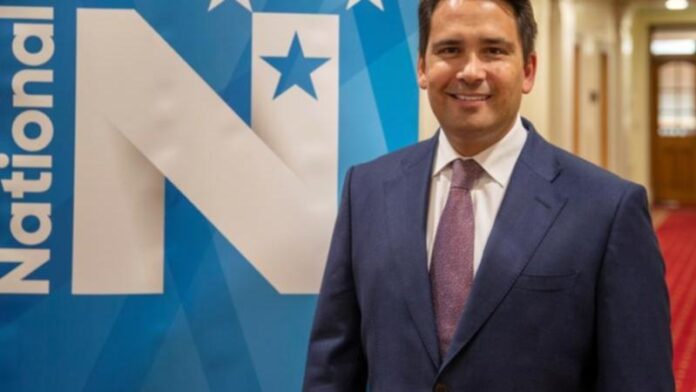 New Zealand’s opposition is in crisis, with leader Judith Collins’ sparking a political firestorm with her demotion of likely leadership hopeful Simon Bridges over a historical lewd comment.

An emergency caucus meeting will take place on Thursday morning after Mr Bridges was stripped of his portfolios by Ms Collins, an act he labelled “truly desperate”.

While leadership rumours have swirled around the unpopular Ms Collins for months, there was no warning of the bombshell media release which landed on Wednesday evening.

In it, Ms Collins said Mr Bridges had been relieved of his portfolios for “an allegation of serious misconduct” relating to “comments made by Mr Bridges to a female caucus member a number of years ago”.

NZ media outlet Stuff reports the incident in question occurred in 2017, when National MP Jacqui Dean walked past a group of MPs including Mr Bridges, who made a crude comment.

The incident was reported to then-leader Bill English, and Mr Bridges apologised.

Mr Bridges – who led the party between 2018 and 2020 – sees the move as a last-gasp bid by Ms Collins to hold onto the party leadership.

“What we saw yesterday was truly desperate stuff from Judith Collins,” Mr Bridges said outside parliament on Thursday morning.

“It shows that she’ll go to any length to hold on to her leadership of the National party.

“There’s a huge amount I want to say about what happened yesterday and how wrong it was, and I assure you I will.

“I want to talk to my caucus first and be very clear with them about what I think, and what I think should happen for the National party.”

Another MP, Simon O’Connor, called for Ms Collins to resign, saying “the way that this has been handled is just outright appalling”.

“Judith’s leadership is no longer sustainable,” he told Radio NZ.

Ms Collins is planning to hold a press conference with Ms Dean on Thursday morning after the emergency caucus meeting.

Shakib back as Bangladesh face Pakistan