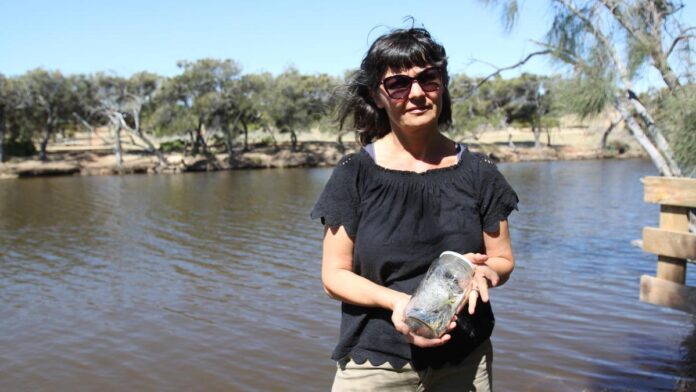 A conservation group is asking fishers to be more mindful with leaving tackle near the Chapman River after birds have been found caught in fishing line.

Chapman River Friends say the fenced areas near Charles Street in Bluff Point are a haven for bird life, with more than 30 species recorded living by the estuary.

But the group has been left frustrated by fishers leaving hooks, line and bait packets in wetland zones used by the birds.

Group co-ordinator Virginie Fuhrmann said she found fishing line on the ground and in the trees along the river at Charles Street and Swan Drive on a weekly basis.

“There is no respect for the environment,” she said.

“We are forever gathering litter out of the river — it’s an ongoing problem. If we don’t protect it, this special place will be erased.”

Earlier this year, Chapman River Friends found a little black cormorant struggling in the water with fishing line wrapped around one if its wings.

Ms Fuhrmann took the bird to a vet but it didn’t survive. “It’s a privilege to live so close to a diverse natural environment,” she said,

“When fishing along the estuary, make an effort to clean and remove fishing lines, hooks on the ground for the safety of our children, community and birds, and on the trees for our birds that call the Chapman River home.”

Ms Fuhrmann said heavy winter rain had eroded parts of the shore which was being made worse by people walking along fenced-off areas.

“The fenced areas at Charles Street are there for your safety as the shore is unstable all the year due to winter flooding,” she said.

“As well, they are there to protect the fragile vegetation.

“The plants play a vital role in stabilising the shore, preventing erosion and providing habitat.

“Continual trampling does not allow them to recover and contributes to the erosion.”