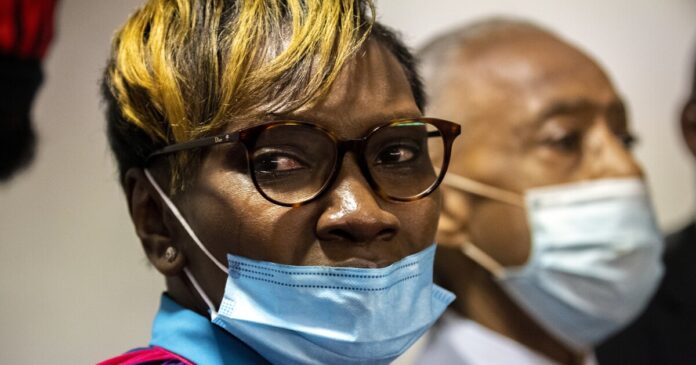 Travis McMichael, 35 — who fatally shot the jogger after McMichael, his father and a neighbor chased Arbery down in their pickup trucks, brandishing shotguns — was found guilty on all counts, including the top charge of malice murder.

Gregory McMichael, 65, was found guilty of felony murder, as was William “Roddie” Bryan Jr., 52. All three were also convicted on multiple counts including aggravated assault, false imprisonment and criminal attempt to commit a felony.

“As it should be,” actor Viola Davis tweeted and then addressed Arbery’s mother, Wanda Cooper-Jones. “To Wanda….Ahmaud Arbery’s mother….. your son mattered. His life mattered. I pray this brings you a tiny shred of peace. To the jurors…..huge gratitude for doing right. The pendulum of justice swung in the right direction!!!!!!!!”

“As you digest the guilty verdict of Ahmaud Arbery’s murderers remember, this is not justice, but accountability,” tweeted Emmanuel Acho, the former NFL player who wrote “Uncomfortable Conversations With a Black Man.” “Justice implies true restoration, which is impossible in this case, but this is accountability which is the first step towards justice.”

Comic Michael Rapaport called the defendants “sick animals” and noted that in the Spectrum News video, he tweeted, “They look so harmless in glasses and suits right?”

“Just a reminder that these men were only arrested after people shared the video of them murdering Ahmaud Arbery, AND THEN more people demanded that just be served,” comic W. Kamau Bell tweeted. “Once again, ACTIVISM WORKS!”

“Justice,” actor Jameela Jamil wrote, following up in a later reply with, “I am just glad these men cannot bring harm to anyone else now. They have to just rot and remember what they did.”

The murder convictions carry a minimum sentence of life in prison. Sentencing in the case has not yet been scheduled.

A Los Angeles attorney found a novel way to get Afghans...