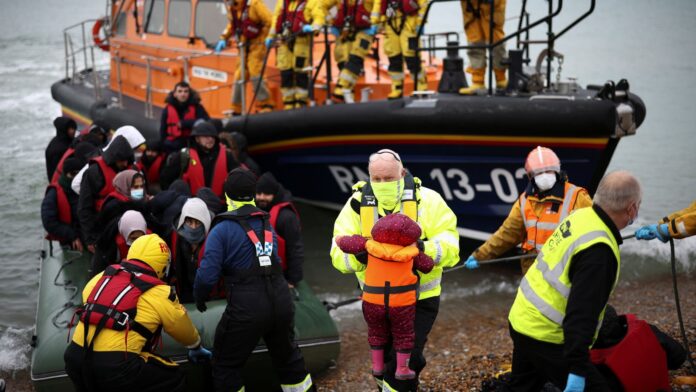 A boat carrying dozens of migrants has capsized off Calais, leaving at least 30 people dead.

The tragedy is thought to be the single biggest loss of life in the Channel in recent times, as thousands attempt the journey this year.

How many people make the journey?

The number of people who have crossed the English Channel in small boats this year is now three times the total for the whole of 2020.

More than 25,700 people have made the journey this year, according to data compiled by the Press Association.

Sky News has contacted the Home Office and asked for any up-to-date figures the department has.

Where do they come from?

Most of the boats set off from the northern coast of France, near Calais and Dunkirk.

Why are they attempting the crossing?

The reasons will be varied.

Some are leaving war-torn nations and forced military service, while others are fleeing persecution for their beliefs or sexuality.

Some will want to come to Britain for a better life, others will already have friends and family in the UK.

How many have died?

The Dover Strait is the busiest shipping lane in the world and a number of people have lost their lives attempting the crossing.

But trying to put a precise figure on this is difficult.

Sky News has asked the Home Office for any figures the department has on the number of people who have died attempting the crossing. 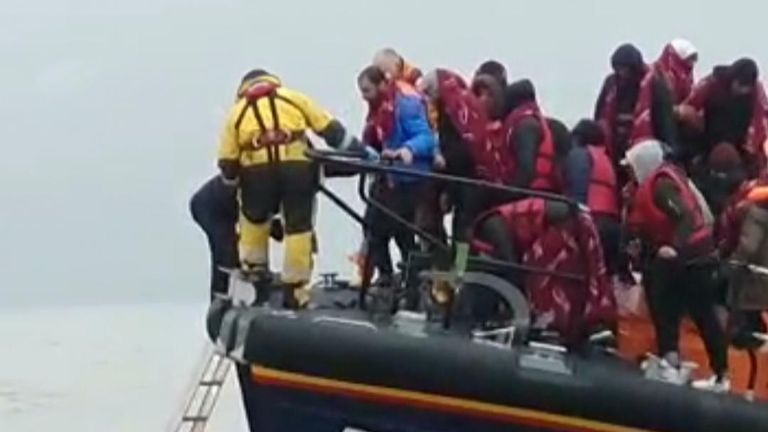 Earlier this month, three migrants died within the space of a week trying to make the journey.

In October, four people, including two children, died when their boat sank off the coast of France.

In 2020, the Institute of Race Relations published research which found that almost 300 asylum seekers had died trying to cross the Channel by vehicle, tunnel and over the water since 1999.

A local maritime prefecture official said Wednesday’s tragedy it was the “worst accident involving migrants trying to make it to Britain”.

Before this, a total of 14 people had drowned this year trying to make the crossing, according to Reuters.

What happens when people reach the UK?

The vast majority of boats are intercepted by Border Force or the RNLI, while some manage to land on beaches.

Nearly all of the migrants (98% between January and September 2020) claim asylum.

This process can take a long time to complete, with some waiting months or years for a decision.

How does the number of crossings compare with other countries in Europe?

Figures show the UK continues to see fewer boat arrivals and asylum claims than many other nations on the continent.

Data from the United Nations High Commissioner for Refugees shows that at least 105,135 people have arrived in Europe via the Mediterranean so far this year.

Despite the rise in the number of crossings, asylum claims in the UK have remained steady.

COVID-19: 20 local authorities set to get winter support package over...

COVID-19: Frontline well being staff to be spared from isolation guidelines...