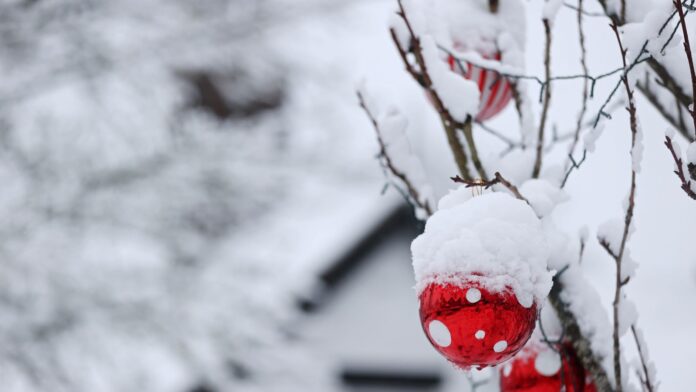 A blast of snow is expected to hit parts of Britain as more icy air blows in from the Arctic.

Temperatures could plunge below freezing in parts of London and the South East overnight, the Met Office has said, while strong winds could cause widespread travel disruption at the weekend.

“Prolonged periods” of snowfall are possible on higher ground in parts of Scotland and northern England and Wales at the end of the week, the forecaster said.

Yellow weather warnings are also in place across parts of Scotland and Northern Ireland on Friday, extending to the rest of the UK on Saturday.

A Met Office spokesman said: “We’ve got an unsettled period of weather over the next few days, with wind warnings out for Scotland and Northern Ireland to begin with on Friday.

“This will extend to the whole of the UK apart from London and the South East on Saturday, with strong winds expected.

“There is an increasing signal of snow at higher elevations, indications suggest that areas above 200m in Scotland have the highest chance from Friday.

“There may well be temporary spells in other areas across northern England and Wales, in areas like the Pennines and Snowdonia, though this unlikely to be heavy enough to settle.”

He said there was “no sign” of snow in lower areas in England and Wales, but said “never say never”.

Are you noticing the change in temperature?

Strong #winds may bring some disruption by the weekend with #snow possible in places ⚠️ pic.twitter.com/Ks1FIu3leg

The coldest day temperatures for London and the South East will be around 6C (42.8F) on Saturday, though this isn’t particularly rare for the time of year, he added.

“For today, temperatures will be around the November average, a little below in the south, but a stiff wind in the north will make if feel very cold there.

“There will be some snow on northern hills.”

Meanwhile, the Met Office has also said the UK is facing a higher chance of a wetter winter over the next few months, as households are urged to be prepared for the risk of flooding.

Its outlook shows there is an above-average chance of the winter being wetter than normal over the three months from November to January, with the wetter conditions most likely in January next year and beyond.

Boris Johnson set to announce resettlement scheme for Afghans ‘most in...