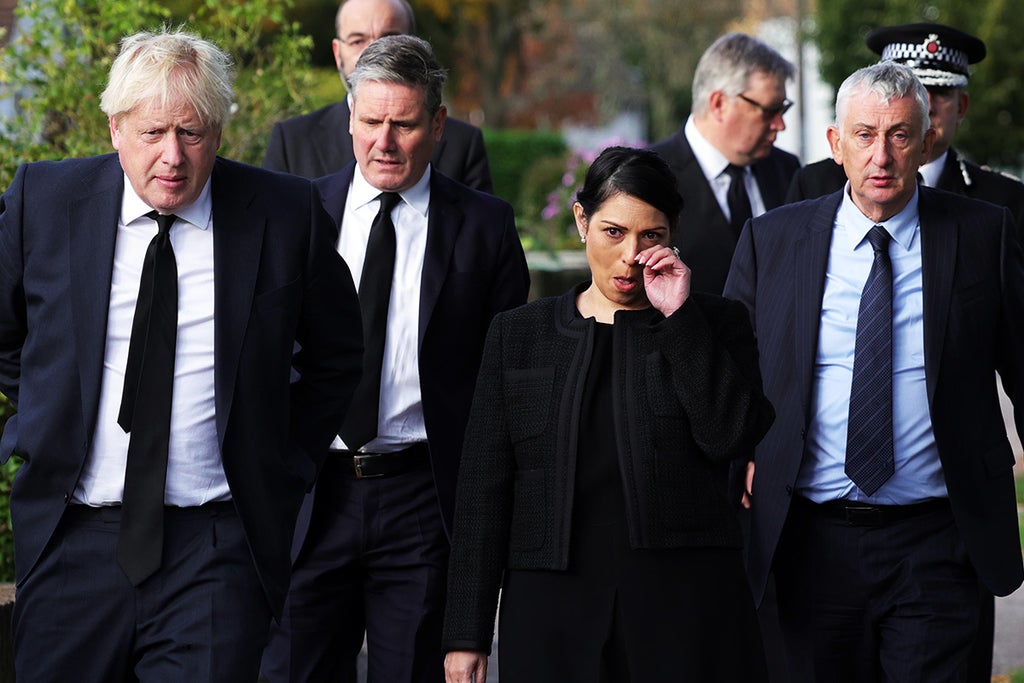 The Home Office is being criticised for its “flawed” handling of the Windrush compensation scheme, with a damning report by the home affairs select committee suggesting the entire scheme should be taken out of Priti Patel’s hands and placed under the supervision of an independent organisation.

MPs on the committee found that only 5.8 per cent of victims had recieved payment four years after the scandal emerged, and just 20.1 per cent of the initially estimated 15,000 eligible claimants had applied at all.

Labour’s Yvette Cooper, who chairs the Commons group, told BBC Radio 4’s Today programme today there was “real fear” that a “lack of trust” in the home secretary’s department was the reason for such low turnout. Among problems are claimants facing a “daunting application process”, “unreasonable requests for evidence” and others being “left in limbo”.

The attack on one of Boris Johnson’s top Cabinet ministers comes amid ongoing speculation about his premiership, as various reports last night suggested dozens of Tory MPs – including one whip, according to The Telegraph – submitted letters of no confidence in the PM. Weeks of sleaze allegations, government U-turns and that Peppa Pig speech are being blamed for Mr Johnson’s MPs losing faith in him.

Labour MP Stella Creasy has been informed that it is against the rules to bring a child to a debate in Westminister Hall, after having her three-month-old son in a sling as she spoke at parliament on Tuesday.

The Walthamstow representative previously took her infant child into the Commons without complaint but after leading a debate on buy-now-pay-later consumer credit schemes on Tuesday afternoon, she was reprimanded by the House’s authorities.

An email from the private secretary of chairman of the ways and neans committee reportedly told Ms Creasy that bringing her baby into parliament was not in line with recently published rules on “behaviour and courtesies” – the handbook for MPs.

Grilled about the PM’s premiership, Mr Raab repeats much of the same lines he gave to LBC and BBC Breakfast (see post below), however he seems to get more defensive about suggestions Boris Johnson “doesn’t have what it takes”.

Pointing to Britain’s Covid vaccine campaign, and the fact it has “come out of an awful lockdown” under the PM’s guidance, Raab suggests Mr Johnson is an “ebullient” leader and is doing a good job.

He also claims the British public, and more importantly “the voters”, are not “interested” in hearsay about the PM’s state of mind – and instead that they care “about us delivering on the issues that matter”.

Finally, asked about the Peppa Pig speech, Mr Raab goes on a tangent about the UK doing “too much self flagellating” and says we should be shouting about “great British exports” like the children’s cartoon.

Deputy PM Dominic Raab appears to have rubbished suggestions Tory backbenchers are writing letters to the 1922 committee’s chair to demand a leadership challenge.

Speaking to LBC radio, he said only the reports were “the usual Westminster tittle tattle and I’m not aware of that”.

Elsewhere, speaking to BBC Breakfast, he defended his boss as being “on great form”.

“The reality is people speak about speeches in the Westminster village, the gossip and all the rest of it,” Mr Raab said. “It’s the job of Westminster commentators to pick up on one anonymous source from wherever they found it to criticise the government of the day, that’s fine.”

Quizzed about the PM’s seriousness, the justice secretary said Mr Johnson is “focused on the job at hand”.

“The prime minister is an ebullient, bouncy, optimistic, Tiggerish character and he livens up his speeches in a way that few politicians past and present have done,” Mr Raab told the BBC, before going on to say he supports “glowing references to Peppa Pig”.

Key sessions to watch out for in parliament today

11.30am Women and equalities questions

A motion to approve a statutory instrument relating to terrorism

A short debate on the death of Captain David Mockett

After weeks of sleaze accusations, U-turns and a rambling Peppa Pig speech, a “flurry” of Tory MPs are said to have had enough and have submitted letters of no confidence in Boris Johnson.

Downing Street on Tuesday dismissed concerns that the PM had lost his “grip” despite dozens of people inside his own party – including one whip, writes The Telegraph – claiming letters had been sent.

One senior Tory MP reportedly told The Sun: “He is like Jose Mourinho – he was good a decade ago and his powers have been fading ever since.

“Yes he won an election, but a bowl of soup could have beaten Jeremy Corbyn.

“There is real anger. He has until Spring to get back on track or he will be in real trouble.

“Letters have gone in. I am on the cusp myself.”

Tory MPs can only trigger a leadership challenge, like that placed on ex-PM Theresa May, if 15 per cent of them write letters to the 1922 committee chairman Sir Graham Brady asking for one.

As there are currently 360 Tory MPs in parliament, 54 of them would have to send such a letter.

The news comes after No 10 was forced to assure the British public on Tuesday that Mr Johnson is not unwell, following concerns raised after his speech to CBI leaders which has been called “excruciating” and “not a good moment for the PM”, again by figures inside the Conservative Party.

HO should be stripped of Windrush compensation responsibilites, MPs say

The Home Office should be stripped of responsibility for compensating victims of the Windrush scandal, MPs on an influential parliamentary committee have said.

A report by the Commons Home Affairs Select Committee said Priti Patel’s department had presided over a “litany of flaws” and that an independent organisation should take over, reports our policy correspondent Jon Stone.

They found that, as of the end of September, only 20.1 per cent of the initially estimated 15,000 eligible claimants had applied for compensation, and just 5.8 per cent had received any payment. Meanwhile, they said the design of the compensation scheme contained the same “bureaucratic insensitivities” that led to the Windrush scandal in the first place.

Hello, and welcome to The Independent’s rolling politics coverage. Stay tuned as we bring you the latest updates from Westminster and beyond. It’s Wednesday, which means one thing: Prime Minister’s Questions (PMQs) at 12pm.

‘Removed from sure’ Taliban will permit evacuation extension, minister says