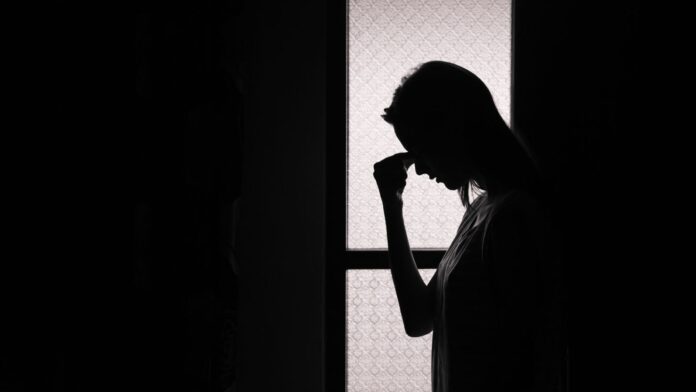 Figures have revealed the number of domestic abuse-related crimes in England and Wales rose by 6% in the year ending March 2021, according to the ONS.

In a new report collating data on domestic abuse from a range of different organisations, the ONS also reported a 22% increase in calls to the National Domestic Abuse Helpline in England.

In the same time frame, police recorded crime data showed that almost half (46%) of adult female homicide victims in England and Wales were killed in a domestic homicide – a total of 81 women.

Of those who had recently experienced harassment, 89% felt “very or fairly unsafe” being out alone at night.

There are other types of abuse that are hidden from society and are particularly hard to measure, such as female genital mutilation (FGM).

Between April 2020 and March 2021, there were 5,395 women and girls who visited GPs or NHS Trusts in England where FGM was identified.

Of those who were victims of rape or assault by penetration, including attempts, since the age of 16, 63% reported mental or emotional problems and 10% reported that they had tried to kill themselves as a result.

Meghan Elkin, joint head of the ONS Centre for Crime and Justice, said: “Our research finds that the effect of these crimes on women and girls is significant and often long-lasting. It is a problem which is regrettably not going away.

“Our evidence suggests that experiences of domestic abuse may have intensified during periods of national lockdown as victims faced difficulties in safely seeking support under these conditions.”

This is the first analysis of its kind and includes testimonies from victims of abuse.

Anyone feeling emotionally distressed or suicidal can call Samaritans for help on 116 123 or email jo@samaritans.org in the UK. In the US, call the Samaritans branch in your area or 1 (800) 273-TALK