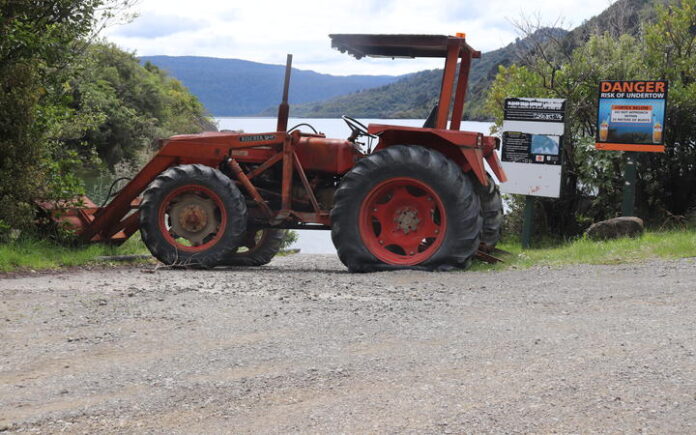 One of the country’s Great Walks is off limits while the iwi that has responsibility over the area tries to get vaccination rates up. 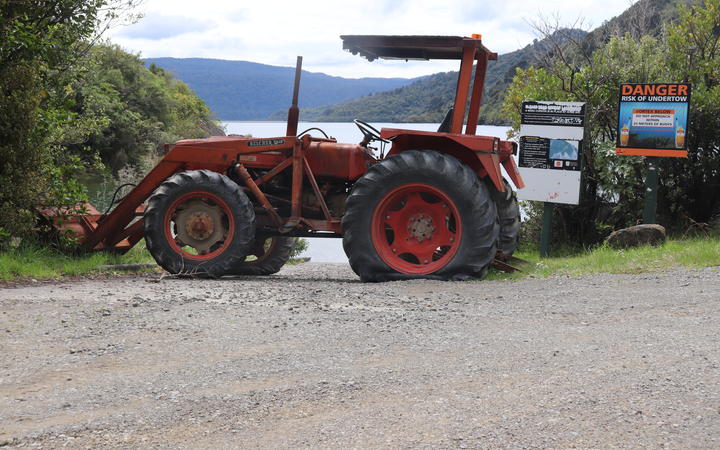 Te Urewera has been closed to visitors since Delta arrived in the country – and will not re-open until the end of January.

The area includes the Lake Waikaremoana Track, and the lake itself – popular for hikers and holidaymakers alike.

This audio is not downloadable due to copyright restrictions.

As part of the Ngāi Tūhoe treaty settlement in 2014, Te Urewera was given legal personality which means it has the same legal status as an inidividual person.

But this year with the Covid-19 delta outbreak, the Te Urewera Board decided to close it to everyone.

A tractor’s been put in front of the boat ramp – blocking access to Lake Waikaremoana. 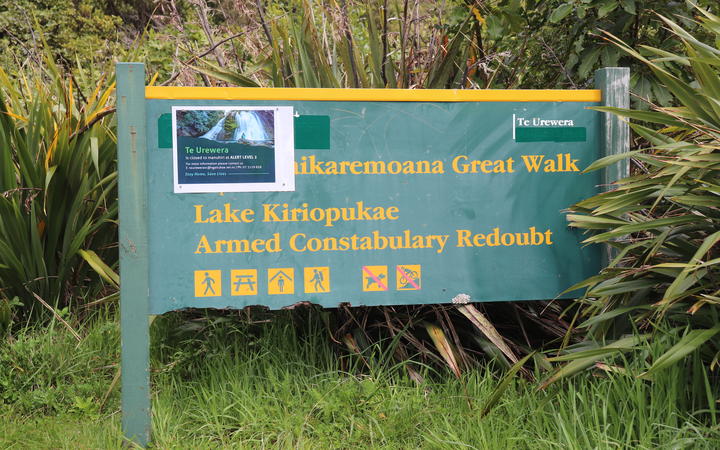 Signs plastered all over the area say the lake is shut due to alert level 2
Photo: RNZ / Tom Kitchin

The president of the Waikaremoana Boating and Fishing Association, David Parker, said they had been working with Tūhoe over the last 12 months to better their relationship

But yesterday’s news that it will be closed until the end of January came as a surpise.

However, he understood the concerns Tuhoe have with reopening the area to all New Zealanders.

“It is documented that Tamati Kruger has said that its not in the best interest to open lake Waikaremoana any earlier as they are concerned about Covid and health and safety issues,” Parker said.

Conservation minister Kiri Allan said the 2014 Te Urewera Act meant all responsibilities and decision making for the area went to the Te Urewera Board.

She has spoken with the board and offered support to get the area reopened.

“From my perspective, and look we have a framework, an overarching framework that the government has supported, and my advice to the board has been to work with public health agencies to ensure that they are getting the best advice that they need as well to make the decisions to keep their whanau safe,” Allan said. 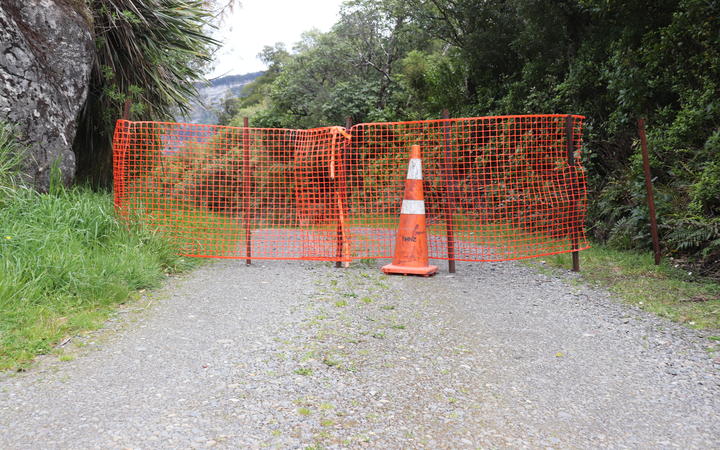 Allan said the iwi cannot make the closure of the area permanent.

However, she seemed to be at odds with the board, and was told a different opening date.

“You can make temporary closures of the basis of health and safety grounds, my expectation and from the conversations I’ve had with the Chair person of the Urewera board is that there will be an opening in December,” she said.

In a statement, the Department of Conservation said during the closure period, Tūhoe and the agency will aim to repair infrastructure to bring it up to health and safety standards.

It described this as an unprecedented relationship model that no one has a blueprint for and says it is working together with Te Urewera at the centre of all decision making.

RNZ requested an interview with Te Urewera board Chair, Tamati Kruger, he was unavailable.

But he told Morning Report the key reason why it was closed is part of the tribe’s pandemic response.

Target for 90% Covid-19 vaccination not ‘anywhere near enough’ – epidemiologist