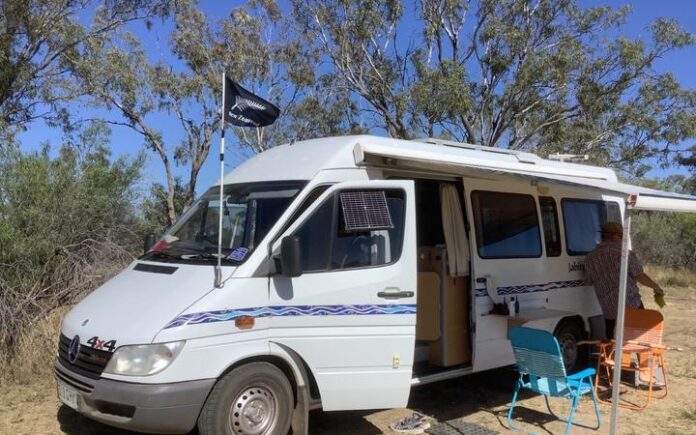 Stuck for months in a motorhome in Queensland, Sue Norton and her husband how have a firm date for returning home. 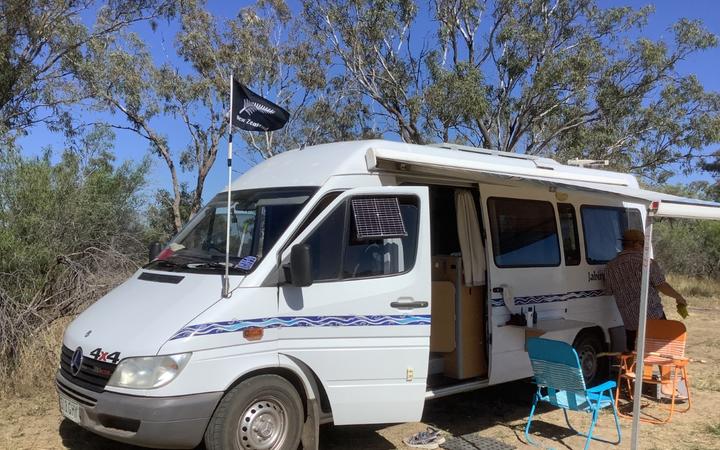 Sue Norton and her husband have been living in their motorhome, staying near a regional hospital.
Photo: Supplied

They are among thousands of stranded Kiwis who are fully vaccinated will be able to return home without staying in managed isolation hotels in the new year, instead isolating at home for seven days.

Minutes after hearing the border was reopening in January without the need to get a room in MIQ, Norton booked a flight to Christchurch.

“We’re on the first flight into Christchurch on the 17th and I cannot wait to land. Not having had a date has been very difficult to live with,” she said.

The travel bubble closed the day they were due to return and then a stroke of bad health meant they had to relinquish an MIQ room.

“The first lottery I had I was number one thousand-and-something, and we did get a room but the week before we were due to fly out I ended up as an acute admission [to hospital] and so we had to flag it because I wasn’t allowed to fly, and since then I’ve been in the five-to six-thousands.”

They have been living in their motorhome, staying near a regional hospital.

“We stay in the same area so we’ve just been in limbo and it’s been horrid.”

The borders will reopen in three steps, starting with New Zealanders in Australia from the 17 January. Those coming home from the rest of the world can do so in February.

The last step will be opening the border to fully-vaccinated foreign travellers in April.

Group spokesman and travel agent Tim Malone said the staged border reopening is the certainty many have been waiting for.

“Most people are happy to have a definitive plan of action they can take and of course a lot of people have already booked MIQ space for the second half of January which, coming from Australia, Kiwis won’t need that anymore.”

Another group – Grounded Kiwis – has been trying to change the MIQ system which it says has caused enormous suffering and is taking the government to court with the first hearing scheduled for late January.

Spokesperson Martin Newell said the re-opening was too cautious.

He said Aucklanders travelling pose more of a risk than those arriving from Australia fully vaccinated with negative tests.

But epidemiologist Michael Baker said flinging open the borders would be risky because this country still had huge gaps in vaccine coverage and would soon have to adjust to the new traffic light system.

“We don’t want to be driving or feeding the pandemic in New Zealand. It would be, I think, a disaster if we had large numbers of people suddenly arriving in New Zealand with this virus before Christmas. I don’t think we’re ready for it.”

Malone said those who were planning to return home this year might wait until they could skip MIQ.

Another room release is scheduled for Thursday.

“Normally there’s 15,000 to 20,000 people there looking for 4000 rooms. I would expect that the numbers would be dramatically down tomorrow and probably anyone who needs a room will actually get one.”

Meanwhile, those like Sue Norton are counting down the days until they see family again.

“Nobody can wait to give me a hug, the reaction’s been brilliant. They’ve been rooting for us to get home and everybody’s extremely happy.”

Less happy will be the unvaccinated New Zealanders wanting to come back.

They will have to spend seven days in MIQ, then isolate at home for another three days.

“Some of them were under the impression that they wouldn’t be allowed to come back unless they were vaccinated, that’s what we’re needing to clarify for them,” Malone said.