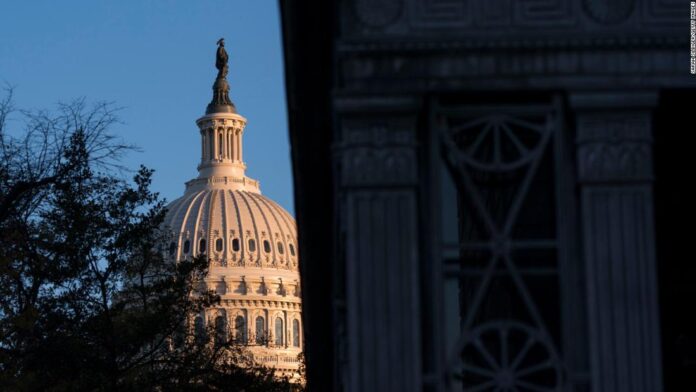 The subpoenas went to the Proud Boys and its leader Enrique Tarrio, as well as the Oath Keepers and its leader Stewart Rhodes. Dozens of members of both groups have been charged in the attack on the US Capitol, and prosecutors have said they conspired ahead of time to disrupt the Electoral College proceedings. (Tarrio and Rhodes have not been charged.)

“We believe the individuals and organizations we subpoenaed today have relevant information about how violence erupted at the Capitol and the preparation leading up to this violent attack,” Rep. Bennie Thompson, the Mississippi Democrat who chairs the committee, said in a statement.

Several dozen subpoenas have already been issued as part of the investigation, with mixed success. Investigators say they’ve spoken to more than 200 witnesses, but some key players from former President Donald Trump’s world have stonewalled the probe and refused to testify or produce documents.

Right-wing extremists played a major role in the January 6 attack on the Capitol. Leaders of the Proud Boys were involved in some of the early clashes that overpowered the police lines and breached the building. Members of the Oath Keepers were seen weaving through the crowd in military formation and entering the Rotunda. They’re also accused of stashing weapons at a Virginia hotel before the riot.

Dozens of members of these right-wing groups are now facing serious criminal charges tied to the January 6 riot, and judges have said many of them are too dangerous to release while they await trial.

But so far, Democrats haven’t been able to directly connect Trump to the violence that these groups perpetrated at the Capitol. There are plenty of connections between Trump associates and members of these groups, but there is scant evidence that Trump knew of any plan to violently disrupt Congress.

The Justice Department has said Rhodes directed members of the Oath Keepers on January 6 while they stormed the Capitol and allegedly destroyed government property. He hasn’t been charged with any crimes, even as prosecutors crack down on his followers. CNN reported in July that Rhodes gave a voluntary interview to the FBI and that investigators seized his cell phone. He has denied all wrongdoing.
Tarrio is currently in jail after pleading guilty to burning a church’s Black Lives Matter banner and bringing high-capacity rifle magazines into DC shortly before the January 6 insurrection. Those charges kept him out of DC on January 6. But he has remained defiant about the role that his organization played in the attack, saying the incident was worth celebrating, while nominally condemning violence.
The committee has already issued subpoenas to dozens of people affiliated with the January 6 attack, including Trump White House advisers, Trump campaign officials, several key organizers of the political rally that preceded the riot, and pro-Trump provocateurs who were involved in “Stop the Steal” groups.
The committee was established in July and has done most of its work in private. Rep. Zoe Lofgren, a California Democrat on the committee, told CNN on Saturday that the panel has already interviewed more than 200 witnesses, including many people who were “part of the Trump administration.”

But other Trump allies have followed Trump’s directives to ignore the investigation altogether.

Trump ally Steve Bannon was indicted for contempt of Congress after defying the panel’s subpoena for records and testimony. (He pleaded not guilty.) Former Justice Department official Jeffrey Clark, who played a key role in Trump’s attempted coup, appeared for a deposition earlier this month but stonewalled the committee by refusing to answer questions, claiming the material was privileged.

A lawyer affiliated with Proud Boys International LLC said on Tuesday he plans to provide some already public documents about the group’s formation and bylaws to the House. But he may not have Proud Boys records that speak to some of what the committee wants, such as documents about their activities late last year and around January 6. The lawyer and former Proud Boys chairman, Jason Van Dyke, said some of the documents he has about the group he also will try to protect under attorney-client privileges.

Van Dyke received the committee’s subpoena, he said, but hasn’t had ties to the group since November 2018.

“It’s been a defunct entity since then. They’re wasting their time,” Van Dyke told CNN. “They’ll have to get it from Tarrio.”

Attorneys for Tarrio and Rhodes have not responded to requests for comment.

A spokesperson for the DC Department of Corrections, where Tarrio is still held, hasn’t responded to several requests from CNN on whether the jail is allowing detainees to speak to the House select committee. Tarrio is set to be in jail into the new year.

This story has been updated with additional developments Tuesday.