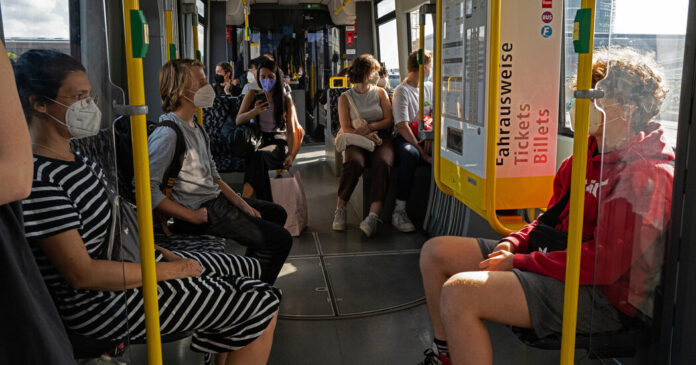 Masks have been mandatory on public transportation since the early days of the pandemic, but transportation providers — and the current minister of transport — have pushed back against calls to require passengers to show proof of immunity to ride.

The decision to take the extra step was made last week when Parliament voted on a law proposed by the parties that are poised to take over the government after September’s election. The law also stipulates similar rules for the workplace.

Documents will be checked at random, mostly by people responsible for checking tickets, although the police can be called in to help. Deutsche Bahn, Germany’s national railroad, said it would aim to run spot checks on 400 of its routes every day.

Children younger than 6 and schoolchildren, who are tested for Covid several times a week with their classes, are excluded. Other riders must prove either that they are fully vaccinated, that they have recovered from the disease less than six months ago or that they have a negative test result from an official testing site that is less than 24 hours old.

Initially, those who are caught without any of those documents will be asked to disembark at the next stop. Eventually, fines of up to a several thousand euros could be levied.

Scandal-Shaken Austria Gets Its 3rd Chancellor This Year

On Ukrainian Front, Grinding War and Weary Anticipation of Invasion

8 Women and 8 Men: Germany Gets Its First Gender-Equal Cabinet

Prepare Staff’ Covid Bonus Provide Turns Out to Be a Phishing...