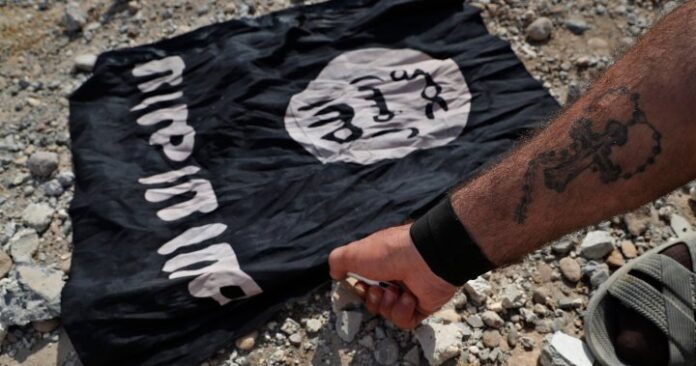 A Canadian woman who traveled to ISIS-controlled Syria in 2014 was arrested at the airport on Monday when she returned from overseas.

RCMP officers were waiting when the woman disembarked after spending two years at camps in northeast Syria for prisoners captured during the fight against ISIS.

While she does not face any charges, police have asked the court for a terrorism peace bond that would impose restrictions on her.

She appeared in court and was released on conditions.

“I can confirm that an information was laid today, before a judge … in relation to a terrorism peace bond,” Nathalie Houle, spokesperson for the Public Prosecution Service of Canada, said late Monday.

But few details about the matter can be reported, including her name or the province where she was arrested, due to an order imposed by the Federal Court.

The woman was scheduled to return to court on Friday.

She is the first adult to return to Canada from the Syrian Kurdish-run detention facilities for ISIS suspects and their families.

Eight Canadian women, four men and more than a dozen children are still being held at prisons and camps in the region.

Aside from two children, the only other Canadian detainee to leave, Mohamed Khalifa, was flown to the U.S. last month to stand trial for terrorism.

U.S.-backed Kurdish forces released the woman in June, after she allegedly cooperated with FBI investigators.

She spent the next four months in Erbil, Iraq, waiting for the Canadian government to issue her a travel document. She also spoke to the RCMP during that time.

She received an emergency travel document after she filed a case against the government in the Federal Court.

During that case, a judge prohibited publication of any information that would identify her or her location.

Her lawyer Paul Champ said he was aware the RCMP was considering a peace bond application against his client.

“They were co-operative on her arrival and we worked things out so she could return home and see her family,” he said.

“I presume the RCMP sees a peace bond application as prudent in the circumstances given the nature of her travel, but I anticipate it won’t be maintained for long.”

“There is no evidence she is a threat to anyone and there are no charges against her.”

Champ said she had addressed the RCMP’s questions while in Iraq and would likely continue to do so.

“What’s most important right now is that my client is safe with family, seeing her mother after almost eight years and her daughter after eight months.”

The woman wrote in an affidavit filed last month in the Federal Court that she was born in Mogadishu, Somalia and grew up in Toronto and Vancouver.

She said she was depressed and isolated when she left Canada for Turkey in June 2014.

After crossing into Syria that September, she said in the affidavit she realized she had been “manipulated” and tried to leave, but was not allowed to.

Her daughter was born in Syria in 2016, she wrote in the affidavit, which identified her only as S.A.

“I tried several times to escape through Syria through Turkey, with the goal of returning to Canada. I was prevented from doing so,” she wrote.

She said she was “moved around repeatedly” in the vicinity of Raqqah, the ISIS capital, until the armed group collapsed in February 2019.

For the next two years, she said she was detained by Kurdish forces at the Al-Howl and Roj camps in northeast Syria.

Beginning in February 2020, she said she spoke to the FBI and assisted them with “several ongoing investigations,” which put her at risk.

Through the intervention of Peter Galbraith, a former U.S. diplomat, her daughter was released from the camp in March and taken to Canada to live with her aunt.

He wrote in an affidavit that S.A. had “provided extensive information to the FBI both about ISIS suspects and about kidnapped American children.”

Prof. Amarnath Amarasingam, who researches ISIS and foreign fighters, said the repatriation of the Canadian detainees was “long overdue.”

“I’m hoping that as [the woman] returns, and the government realizes that the sky didn’t fall, that we can start to repatriate our other citizens,” said the Queen’s University professor.

Hugs and pints indoors: U.Okay. to put out newest section of...