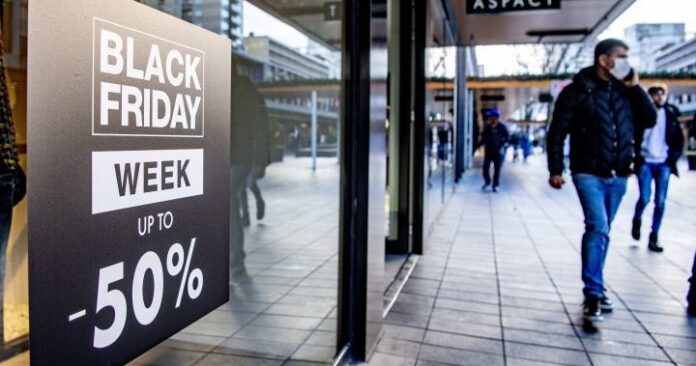 Amid the flashy flyers and promotional emails, a divide has emerged between big and small retailers this Black Friday.

On one side, retail giants with sophisticated supply chains and robust inventory levels. They’re offering deep and widespread discounts, often coupled with free shipping and no interest payment plans.

On the other side, smaller stores struggling with ongoing supply chain headaches and rising costs, with less capacity for big markdowns.

For consumers, it means the best deals may not be on the items they want, or from the retailers they’d prefer to shop with.

“Many retailers have backed off on their discounts a little bit because they don’t have the inventory to support those blockbuster deals,” retail analyst Bruce Winder says. “The sales are underwhelming.”

Read more:
Shopping for a deal? What consumers can expect this Black Friday

Smaller brands and independent retailers tend to be offering sales around 25 per cent off regular prices, with some deeper discounting on past-season and discontinued items.

Canadian apparel brand Duer, for example, is offering modest discounts on its most popular classic items, with bigger sales on its out-of-season items or styles that haven’t sold as well.

“We offer some discounts on our … core styles during Black Friday,” says Michael Macintyre, chief operating officer of Vancouver-based Duer. “But the deeper discounts are on those seasonal or discontinued items.”

“Retailers are going to manage the discounts to capture back a little bit more gross margin on sales to cover some of the logistics costs,” Macintyre says. “But it’s also going to be a bit dynamic, so the Black Friday deals may shift and change based on demand and inventory.”

5:57
Warning signs you’re in over your head financially

Warning signs you’re in over your head financially

Yet as small and mid-size retailers carefully curate sales to attract shoppers while still maintaining a strong profit margin, bigger chains are offering a deluge of deals, many of which started weeks before Black Friday.

Amazon, for example, announced it would have “more deals than ever before” with “deep discounts on top products” during its 48-hour Black Friday event Nov. 25 to 26.

Canadian Tire is also rolling out blowout deals for Black Friday, with dozens of sale items 70 per cent off regular price and a few up to 85 per cent off. The company recently purchased a stake in a B.C. inland port facility to strengthen its supply chain.

“Companies with really strong supply chains are going full bore,” Winder says. “If you have the inventory and the logistics in place, you’re not taking a chance because you know you can take some market share this year.”

Yet research ahead of the holidays suggests shoppers will be out in full force, spending dollars at both local businesses and bigger stores.

Multiple surveys have found that pent-up demand and the fear of shortages has encouraged consumers to cross items off their list early, pushing holiday shopping even earlier than the typical “Black Friday creep” observed in years past.

Black Friday is officially Nov. 26 this year, while Cyber Monday is on Nov. 29. But sales have been running for several weeks already.

“Retailers are moving sales ahead because consumers are looking for deals and buying earlier.”

She adds: “The perception of scarcity has also pushed the timeline even earlier this year.”

“Holiday shopping is definitely peaking earlier,” she says. “We just had our best October in the company’s 37-year history.”

The Toronto-based toy retailer has sold out of one of the hottest toys of the year — the Magic Mixies magical misting cauldron — twice. Both times, the toy was out of stock within 24 hours of going on sale.

Research conducted in the run up to the holiday shopping period predicted a big spending year.

“Canadians are expected to spend more this season than they did even before the pandemic, with many consumers flush with savings and feeling upbeat about the economy,” Deloitte Canada’s 2021 Holiday Retail Outlook said.

Deloitte also noted that rising concerns over supply-chain issues and potential product shortages will persuade many Canadians — especially those who have weathered the pandemic well — to start shopping early. The report found 35 per cent of holiday shoppers said they planned to start shopping before November.

“Any company or brand that’s seen to go the extra mile to overcome supply chain challenges may find themselves winning new customers for the long term.”