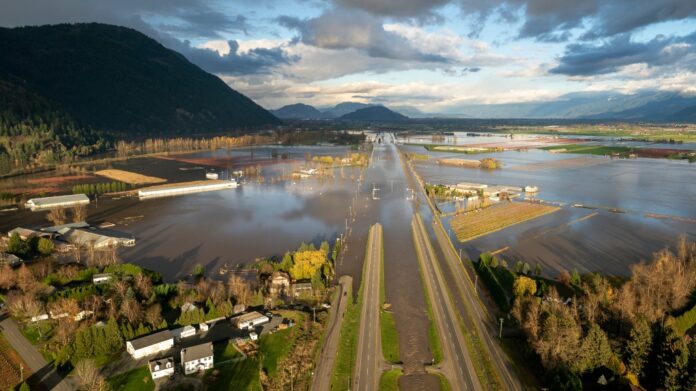 
The B.C. government is aiming to have the flood-affected portion of Highway 1 through the Fraser Valley re-opened on Thursday, according to Transportation Minister Rob Fleming.


The minister said crews have been working hard to clear debris off the busy highway, which was hit by both flooding and landslides when an atmospheric river delivered a month’s worth of rain to the Lower Mainland in less than 48 hours.


“We know that people in this region need to travel around – this will provide significant relief.”


The reopening will affect the stretch of Highway 1 between Abbotsford and Chilliwack, but other parts remain closed or restricted to essential travel.


Though Fleming did not provide an estimated reopening time, DriveBC Tweeted on Wednesday evening that the stretch is expected to reopen at 9 p.m. Thursday.


Fleming also addressed the province’s decision to limit Highway 7 to essential travel between Mission and Hope on Tuesday evening, acknowledging the impact it’s had on people living in the area.


That restriction was necessary because trucks moving essential goods were “hopelessly congested” on the highway, the minister said.


“This was not a decision that was taken lightly but we needed to unblock that corridor so that goods could begin to move,” he said.


The Highway 7 restriction will remain in place until the government can assess the impact of reopening Highway 1 and of the next storms heading for the Lower Mainland this week, Fleming added.


Essential travel can refer to everything from emergency responses, to moving livestock, to exercising an Aboriginal treaty right, and some routes have specific rules governing what’s allowed.


Meanwhile, the race is on to protect Abbotsford from further flooding and ensure that the Sumas Prairie continues to drain.


Abbotsford’s mayor says repairs to the Sumas River dike were about 90 per cent complete as of Wednesday afternoon, with an additional metre of height expected to be added before rain begins on Thursday.


A new rainfall warning has been issued for the Fraser Valley with two more atmospheric rivers in the forecast.


“We are as ready as we can be,” said Abbotsford Mayor Henry Braun when asked about the coming storms at a news conference Wednesday.


“The rainfall that’s coming, I think we can handle for Thursday, Friday, the next one is in on the weekend,” he said. “It’s the third (storm) I’m more concerned about, but we don’t have enough data yet. That’s out there a ways, but if all that rain comes, I think we could still handle it.”


The city, with the help of the military, has been working around the clock for 10 days to build the dikes back up.


There were four main areas of concern, but they made up less than one per cent of the entire diking system.


“All of the repair and reinforcement work to the dikes so far have been done to ensure we have the best protection possible should the Nooksack River overflow again and water comes in from Washington state,” said Braun on Tuesday.


The evacuation order for the Zurich Drive area has now been lifted, but a boil-water advisory for the Sumas Prairie area was replaced by a “do not use water” notice.


The city says the notice was “put in place due to continued uncontrollable water main breaches that could allow surface water to enter the drinking water system.” It’s expected to be in place for several days, the city says, and people in the area should only use water to flush toilets.


Braun explained that the water main breaches are in the eastern part of Sumas Prairie, much of which is still under a significant amount of floodwater. That means the city can’t assess the damage to the water mains – or other infrastructure in the area – until the water recedes.


As of Wednesday, floodwater in the area was still more than two metres deep in some places, the mayor said.


“The longer that water stays there, the more damage there will be with the saturation of the soils,” Braun said.

Here’s what vaccine manufacturers have said about the Omicron variant