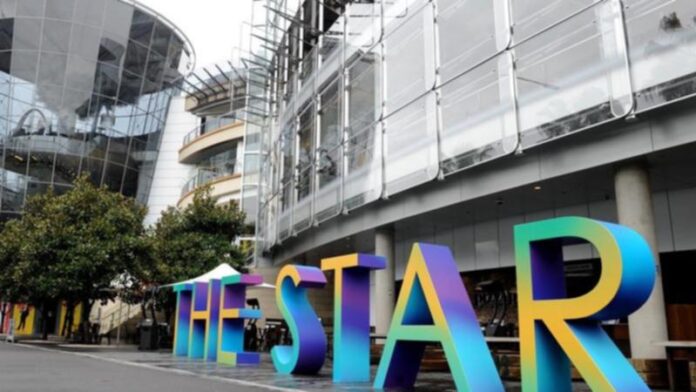 As a Sydney man smashed a whiskey bottle and began advancing on a friend he’d eventually kill, a woman coincidentally began filming herself nearby.

The 17-second selfie video, shot near Sydney’s Star casino, will form part of the evidence the Crown will present in Graham Anthony Egan’s NSW Supreme Court murder trial, the jury was told on Tuesday.

Egan, 52, has pleaded not guilty to murdering Benjamin Coleman, 40, opposite Pyrmont Bay Park on September 22, 2019.

The accused accepts he unlawfully killed Mr Coleman but denies he intended to kill or cause really serious harm.

Both men, a male friend and Mr Coleman’s female partner had spent hours drinking and collecting donations from passers-by near the local Coles, the jury was told.

The woman got up, walked a short distance and fell on another person about 2.10am, leading Mr Coleman to begin attending to her.

A witness is expected to tell the jury they overheard Egan say “I’ll smack you and kick the s*** out of her” about 2.28am.

Shortly thereafter, the men returned to their original drinking location, with the Crown alleging Egan smashed a whiskey bottle on a concrete pillar and began advancing on Mr Coleman.

CCTV would show Mr Coleman moving back towards a wall, throwing punches at Egan before the men fell to the ground.

“It was at this point the accused, as a willed act, put the bottle into the deceased’s neck,” the crown prosecutor said.

“The deceased stopped struggling and after that, the accused remained on him for 10 seconds, before getting up, dropping the bottle and walking away.”

The sound of the bottle cracking and images of the two men moving towards the wall are visible in the passer-by’s selfie video, the Crown said.

Egan was arrested nearby, with police body-worn cameras said to capture him saying “I know what I done”.

Mr Coleman died in hospital the next day.

Egan’s barrister, David Barrow, said intoxication would be a significant factor in the trial, with Mr Coleman said to be 0.287 shortly after the stabbing.

No equivalent reading was available for Egan, though CCTV showed him consuming alcohol for several hours.

All the places you will need to mask up from February...