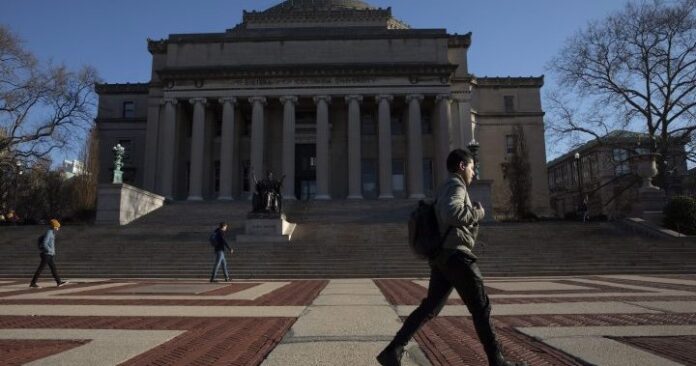 In Ithaca, New York, Cornell police cordoned off the center of campus on Sunday after receiving a call that bombs were placed in four buildings.

In New York City, Columbia University police issued a campus-wide emergency alert after receiving bomb threats at university buildings at about 2:30 p.m. The university deemed the threats not credible shortly before 5 p.m.

UPDATE: Following an investigation, today’s bomb threats were deemed not credible by the NYPD and the campus buildings have been cleared for reoccupancy. We thank those individuals affected for their patience and cooperation in evacuating.

Brown University officials in Providence, Rhode Island, sent a text alert to students that said police were investigating “multiple buildings on campus involving a bomb threat. Later in the evening, the university issued another alert before 6 p.m. that said students were safe to resume activity on campus.

The threats came two days after a bomb threat at Yale University forced the evacuation of several buildings as well as nearby businesses in New Haven, Connecticut. Yale’s campus resumed normal activities Friday evening, roughly five hours after the call was received.

Prince Philip, the Duke of Edinburgh, dies at 99

Biden urges Americans to get vaccinated as Europe braces for ‘storm’...