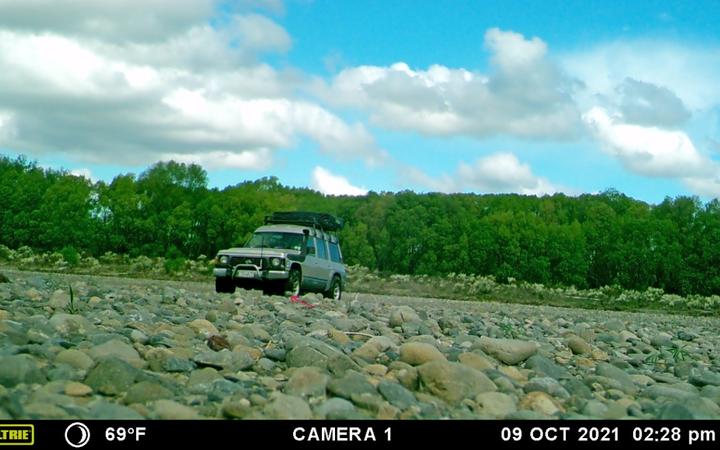 One of offending 4WD vehicle which endangered rare wrybrills and dotterels on the Ashley River
Photo: Supplied / Grant Davey

With only 5500 wrybills left, volunteer Grant Davey, said the culprits were threatening the very survival of this unique species.

“Ecan (Canterbury Regional Council) have signs up all along the river, saying that four wheel drives are not allowed out there from the first of September to the end of January. So it’s actually fairly hard to avoid those signs.”

Davey said the footage, including the number plate details, had been sent to the Department of Conservation, and he hoped the drivers were reminded of the potential consequences of their actions.

Those found to have killed protected wildlife can be fined up to $100,000 or imprisoned for up to two years.

Auckland lockdown: More than half of students drop off radar at...