Fire crews are working to contain a blaze at the iconic Sheffield Hotel, located about 50km inland of Christchurch. 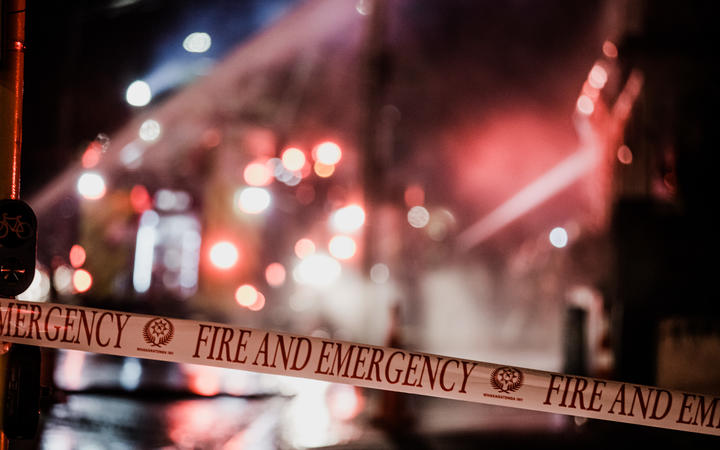 Emergency services were called to the 1800s-era building just after 1am this morning.

The sole occupant of the hotel alerted fire crews as she woke to the sound of smoke alarms.

Southern communications manager Andrew Norris said the upper level and roof was extensively damaged including the internal stairwell, which was making access difficult.

He said a number of renovations to the hotel over the years was also making containment difficult.

The ground floor is badly damaged due to water and smoke.

Five fire trucks were continuing to battle the blaze, and more were on the way to relieve crews that had been there since the early hours.

A fire investigator is on site, but it was not yet known how the fire started.