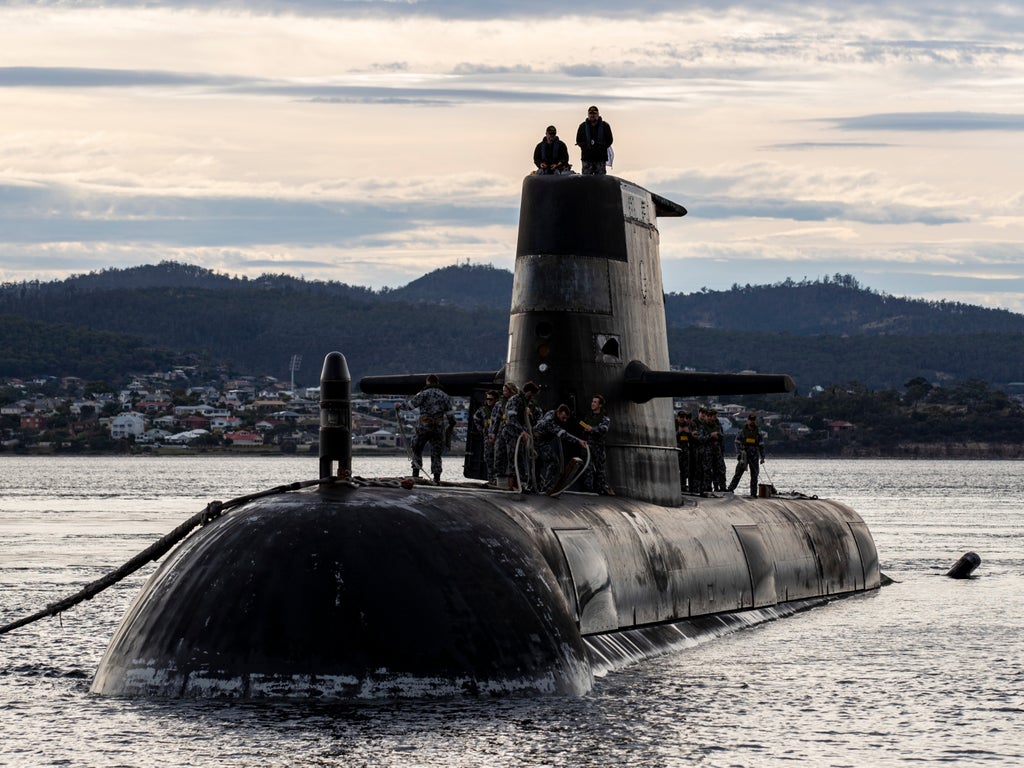 Foreign ministers of the European Union were due to meet in New York on Monday night to discuss the fallout from the Aukus agreement amid French fury.

France denied it had called off EU trade talks with Australia over Canberra’s decision to abandon a multi-billion dollar submarine contract with the French navy in favour of a deal with the UK and US.

However, the EU ministers were set to discuss the implications of the new security pact between the three Anglophone countries on the upcoming trade talks with Australia. The meeting will take place in New York as leaders and foreign ministers gather for the United Nations General Assembly.

Jean-Yves Le Drian, the French foreign minister, in New York called for “serious reflection” about the country’s approach to alliances after the Aukus deal caused a “rupture of trust” in international partnerships. Mr Le Drian said he had cancelled a meeting with his Australian counterpart “for obvious reasons”.

French defence secretary Florence Parly postponed a meeting with with Ben Wallace, her UK counterpart, which had been due to take place on Thursday, defence sources confirmed.

Mr Wallace sought to play down suggestions of a rift between the two nations, saying they were “joined at the hip” on issues such as “complex weapons, counter-terrorism, both west and east Africa” and the Middle East. There had been “no sneakiness behind the back” in planning Aukus, he said.

Speaking in the House of Commons, Mr Wallace said Australia had exercised its “right to choose” by forming a partnership with the UK and US.

In New York, Boris Johnson said the Aukus pact was not designed to be “exclusionary”.

“It is not something, I don’t think, that anyone needs to worry about – and particularly not our French friends,” he said.

He added: “The UK and France have, I believe, a very important and indestructible relationship.

France did not take the measure of withdrawing ambassadors from the UK. Clement Beaune, the French Europe minister, earlier described Britain a “vassal” state of the US and the “junior partner” in the UK-US relationship.

Downing Street rejected accusations that Mr Johnson was “rubbing Macron’s nose in it” by meeting Joe Biden and Australian prime minister Scott Morrison while in the US.

Asked whether the UK would “retaliate” to comments made by French ministers about the Aukus deal, a No 10 spokesman: “I’m not aware of any plans like that.

“We’ll seek to work constructively with our French counterparts.”

Some officials in Brussels interpreted the US-led pact as a warning that America has not entirely diverted from the foreign policy approach of Donald Trump.

“The Aukus agreement is a case in point: It shows that there is some continuity in an ‘America First’ approach despite the change of administration in the US,” an EU diplomat said.

“The United States isn’t pulling out of Europe. However, the US focus has clearly shifted to China and the Indo-Pacific region. One of the consequences of this shift is that Europe will have to do more for its own defence.”

The White House said Joe Biden will call Emmanuel Macron in the coming days to “reaffirm” the US commitment to France.

The call was requested by the US and will be the first discussion between the two leaders since the Aukus announcement, which led France to recall its ambassadors from the US and Australia and cancel an event to mark the 240th anniversary a joint French-American naval victory over Britain.

China and Russia may win ‘second of reckoning’ over management of...