“If you sell your house, and I sell my boat, we could buy the leasehold on Furneaux Lodge,” Ros Benson’s partner said, after spotting a notice in the paper. The year was 1995. 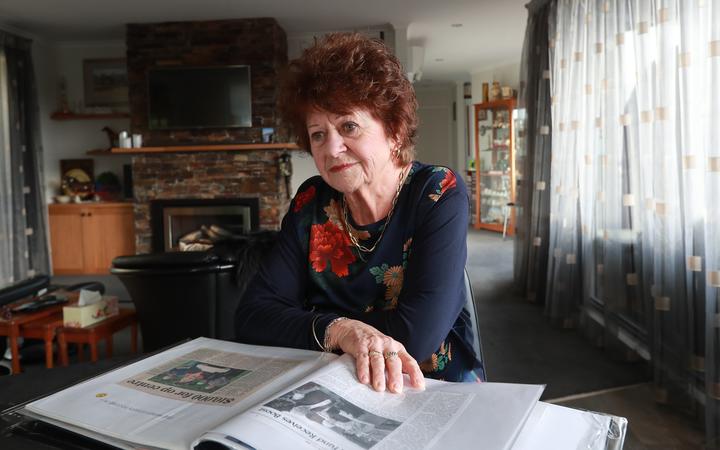 Benson was a receptionist-turned-firearms officer moonlighting two nights a week at the Kāpiti Boating Club as a barmaid, trying to earn a little more for her son.

She’d only been to the century-old lodge in the Marlborough Sounds once before, during a sudden weekend trip with friends. Benson spent the sail back clinging to a rope in the dead of night after the motorboat she was in hit a storm.

But she was the “adventurous sort”, so it was no wonder she turned to her partner – when he suggested buying Furneaux – and said, “alright then”.

So began Benson’s life in Marlborough which, over three decades, saw her leapfrog from an isolated lodge owner, to a water taxi revolutionary, then from a winter ball planner to an emergency operations centre trustee.

Her partner at the time, “partner number four”, was in the Coastguard and was former bodyguard for New Zealand Prime Minister Robert Muldoon. The couple cashed in their home and boat, and moved to the then “very, very run down” lodge.

They gave it a makeover, invented a way of running things, and toughened it with time. Benson’s earliest hours were spent preparing the restaurant for its morning rush of boaties. Then, she would work through to either 11pm or 1am (switching with her partner every night), so customers saw a face they knew. Looking back, she joked she was “probably the grumpiest owner of Furneaux Lodge ever”.

“In a deserted place like that … a rule for one is a rule for all. You can’t deviate from it because otherwise it doesn’t work.

“We had a rule that you couldn’t bring boots inside Furneaux Lodge. You had to take them off and add them to the row, outside. There was a couple who used to come to the lodge with their dog. Its name was Boots, so it had to sit outside.”

Her life took a spin in the middle of 1997, when a “very, very wealthy fisherman” sailed into Endeavour Inlet, anchored down and walked up to the bar. The lodge’s freehold was on the market, and he said he wanted it.

“We couldn’t fight him because he was a millionaire. We were nobodies. We just couldn’t afford to buy the freehold.”

Benson and her partner retreated to Picton, a small transport hub connecting the North and South islands, where a water taxi business seemed a natural step forward.

It was christened ‘West Bay Water Transport’ as a nod to Endeavour Inlet, which was called West Bay in the days of Captain James Cook, but renamed several decades later. 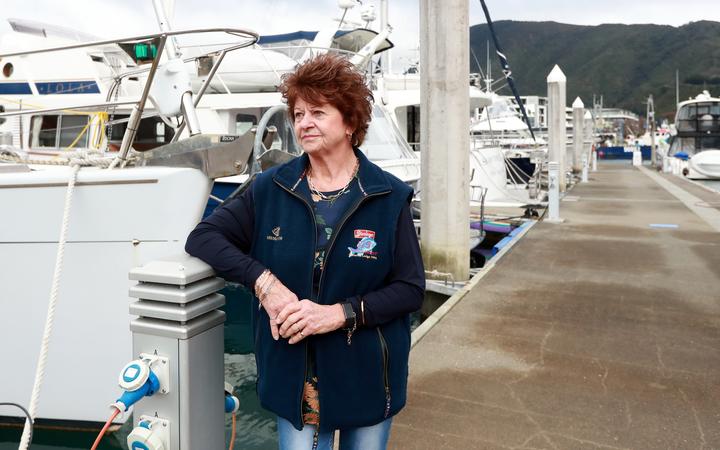 Their first boat was a Naiad – a brand of workhorse favoured by Coastguard crews around New Zealand because they could travel quickly, even in rough weather.

“Her name was West Bay. She had two outboard motors on the back of her and everyone said, ‘that’s not going to go very fast.’ But we put her in the water, and she went vroom.”

She travelled three times faster than the boats used by West Bay Water Transport’s three competitors, cutting the once lengthy sail between Picton and Torea Bay to 15 minutes.

“We revolutionised water taxis in Picton, basically, because no-one travelled at those speeds before then,” Benson said. 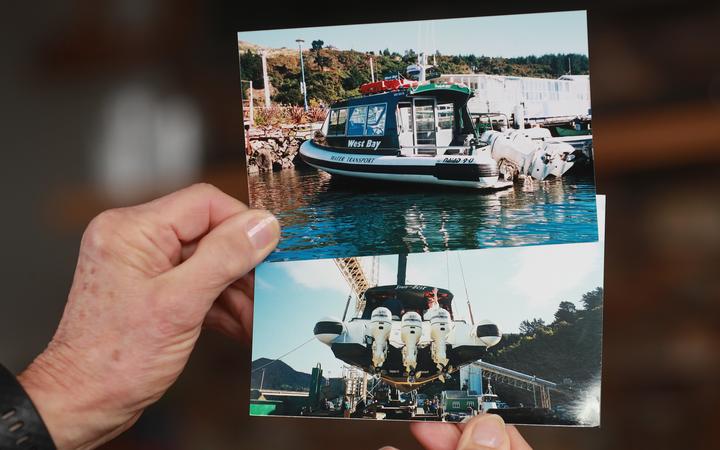 One boat quickly became two. But, before the business could become too big for its boots, it was bought out by a rival. West Bay was sent up north to Whakaari/White Island while the business’s second boat, STB, went to Queenstown.

Benson could only make guesses as to what happened to West Bay – “she probably wouldn’t have been used to rescue people during the White Island eruption” – but knew STB had been painted “bright orange” and put to work as a tour boat. The boat was renamed Tina after Tina Turner, singer of the pop hit Simply The Best, from which STB was abbreviated.

Benson took up the post of barmaid at the Toot N Whistle (later Cockles Kitchen And Bar, which closed) and her friends often came to visit. She was talking to a bigger than usual group of them one night when someone said residents had little to do during the quieter winter months.

She already knew where to host it – in the “big, huge room” on the top floor of the Picton Yacht Club Hotel, overlooking the Marlborough Sounds. Her friend, the hotel owner, agreed and on 19 June 2004, the town had its first ‘Yuletide Ball’.

A year later, it had its second, this time “fancy dress”.

By then its organisers – Benson included – had raised several thousand dollars and were unsure what to do with it.

They noticed the town’s only ambulance never left a storage shed on Market St because its battery was often flat from disuse. Meanwhile, the Coastguard had been given two years to leave the portable building it had headquartered. 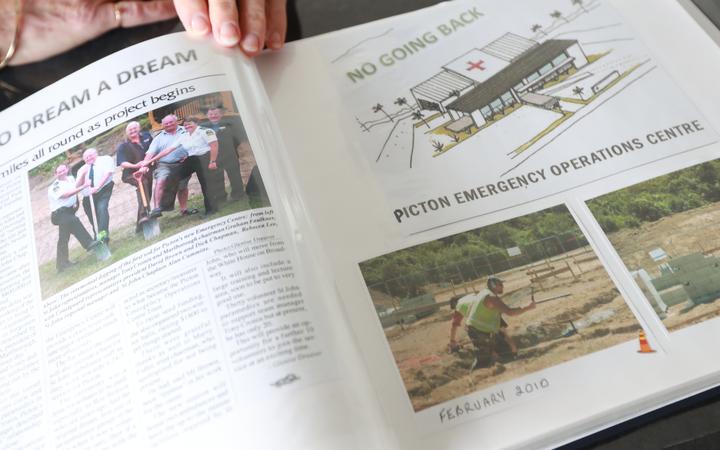 The two components snapped together into an idea: “Let’s build a joint area for Coastguard Marlborough and St John.”

But she stayed on the trust for another decade – through a separation, two house moves, and her retirement from the workforce – before finally hanging up her hat in late August.

“I’ve always strived to be charitable and to do things to the best of my ability,” she said, tracing the cause back to her upbringing in Sussex, a large county in south-east England.

Her mother, a pub owner, was a decorated captain in the Girl Guides, which encouraged young women to better the world.

“Charitableness was just something I grew up with.” 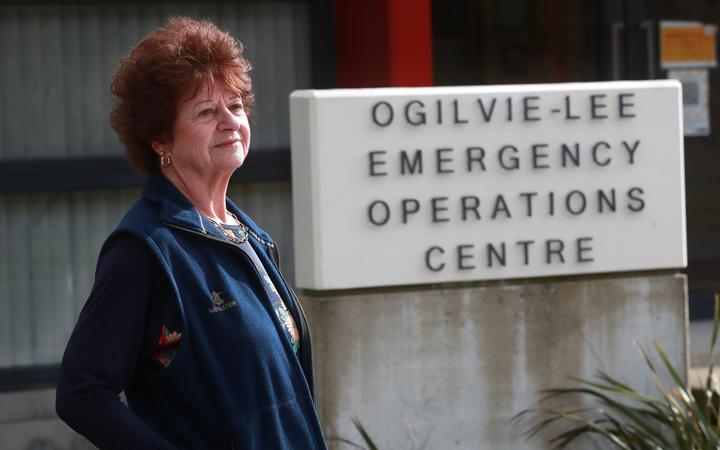 Benson grew up with a sense of charity, rising through the ranks of the Girl Guides.
Photo: Supplied / Stuff / Scott Hammond

Benson followed in her mother’s footsteps and, in time, garnered her own collection of badges: first Brownie, then Guide, First Class Guide and finally Guide Captain. She stuck the badges on a hat, alongside her other accomplishments.

Her favourite one? A small silver medal, flecked with age.

“I got it coming second running 100 yards against Gordon Perry’s wife. He was the second man to run the ‘four-minute mile’ … I was probably about 14-years-old, and she was 18.”

Iceland boss warns customers can pay the worth for HGV driver...

Staycation increase for top avenue as footfall improves in August